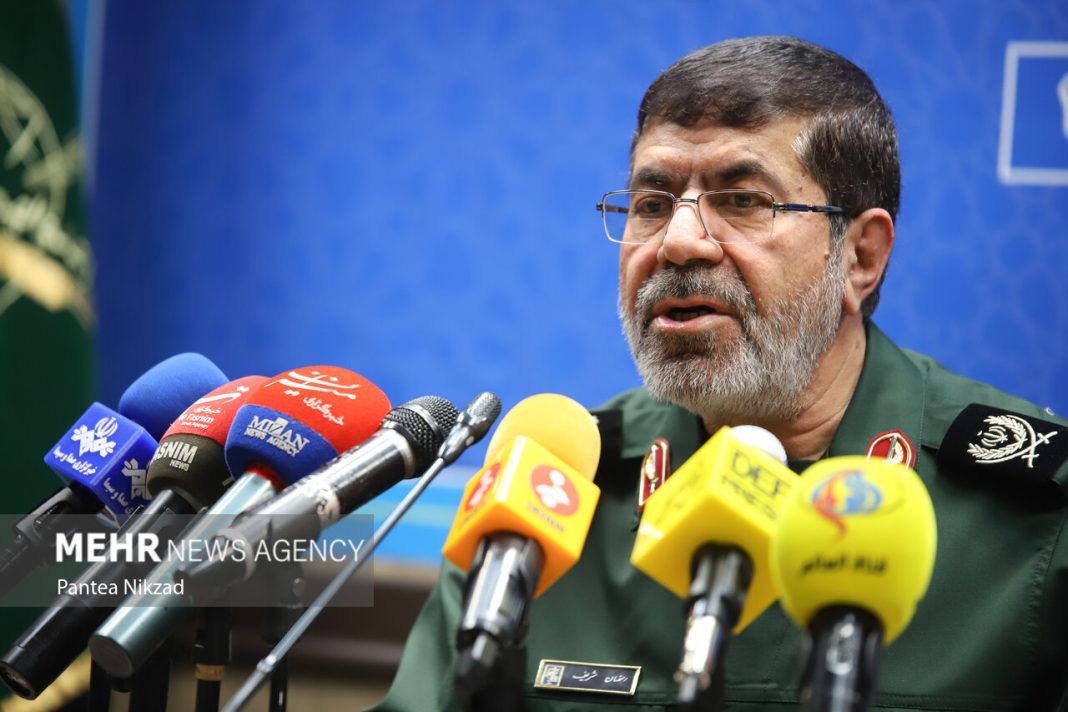 The spokesman for Iran's Islamic Revolution Guards Corps has said the Zionist regime makes strenuous efforts to threaten the Islamic Republic but "we are telling the usurper regime that if you make a mistake, your will forever lose the 27 thousand square kilometers that you have occupied."

General Ramezan Sharif said, “The Zionists are making delirious remarks these days and say ‘the military option is on the table’ but we are telling them in response that the US and the Soviet Union that were more way more powerful than you supplied what they could to the Baathist regime of Iraq but our martyrs humiliated them even military wise.”

Sharif added that the Zionist regime does not dare to get out of occupied Palestine and their planes do not have the guts to violate Iran’s airspace.

He also spoke about US President Joe Biden’s visit to the region.

Sharif said Biden talked “nonsense” during his recent trip to West Asia that drew derision, but the whole world has seen the capabilities of the Iranian establishment over the past 43 years and also the weakness of the US.

Biden said in Israel that the US would use force if diplomacy fails to resolve the dispute over Iran’s nuclear program.

Iran has repeatedly warned its adversaries against any military aggression, saying such a move will draw a heavy response from the country.