IRGC Is a Popular, Knowledge-Based, and Revolutionary Institution: Commander 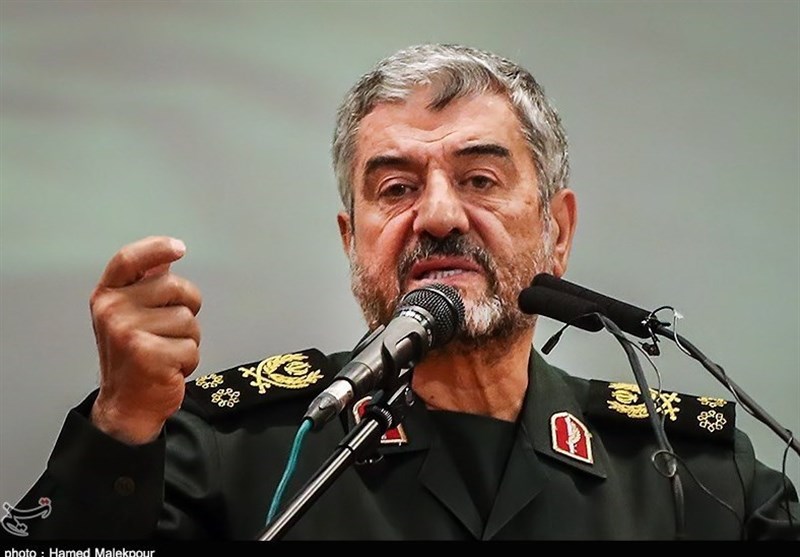 Commander of Iran’s Islamic Revolution Guards Corps (IRGC) says the institution is a popular, knowledge-based, and revolutionary one commissioned to make contributions in all military, security, economic, political and cultural areas as well as national reconstruction.

Addressing a ceremony in Tehran, Major General Mohammad Ali Jafari underlined the IRGC has two striking features: It is both revolutionary and popular.

According to a Farsi report by Mizan, he said the IRGC is facing the threat of bureaucratization, and noted that a prompt needs analysis coupled with a plan to detect and settle issues can help remove such threats.

The top general said, “We really need to take Islamic and religious precepts on board in all affairs.”

“After the [1979 Islamic] Revolution, we didn’t move on the path that we should have. Rather, we went for other sciences with non-revolutionary principles,” said the top commander.

As a case in point, the general noted, the same sciences were taught in Iranian universities after the Revolution that had been taught during the former Pahlavi regime.

Elsewhere in his remarks, General Jafari said the IRGC has based its activities on four principles: Religion, piety, revolutionary understanding and revolutionary action.

The senior commander further highlighted that the IRGC is a science-based institution in all arenas, especially when it comes to humanities and military sciences.

“This is a wide-ranging science and the result of experience gained from different war techniques; this science was used in the Iranian Army before the Islamic Revolution,” the high-ranking commander said.

The general noted that the classical military science was based on non-revolutionary principles, and thus could help the Iranian military only during the first three months of the Iraqi attack on Iran in the 1980s.

He said the very same science was the reason behind the failure of a major operation code-named Howayzeh. In the wake of that failure, then Iranian President Abolhassan Banisadr, who was a traitor and later fled the country, spoke of holding talks with then Iraqi dictator Saddam Hossein, said the general.

It was then when it became clear that the classical military science was a nonstarter, he said.

After that, the general said, Iran used military techniques based on revolutionary principles, which enabled the Iranian military to defend the country against the Iraqi army and emerge victorious.

He concluded by saying that the IRGC is in dire need of think tanks, and added the IRGC should serve as a role model for the people and society.