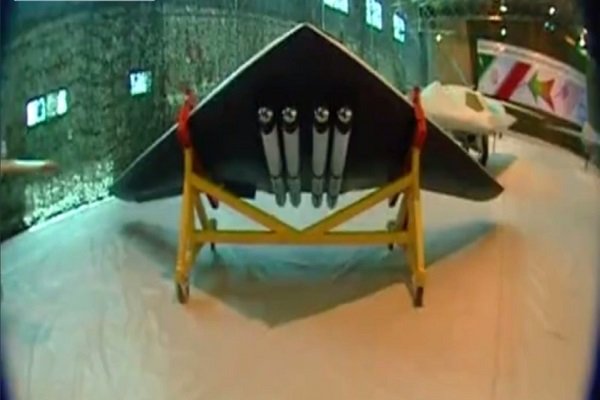 Dubbed Saeqeh (Lightning), the new aircraft is a Simorgh-class drone capable of carrying out combat missions with a long operational range, Brigadier General Amir Ali Hajizadeh said at an exhibition of IRGC drone technologies, held in Tehran on Saturday.

According to the commander, Saeqeh can detonate four different targets with smart bombs with pin-point accuracy and return to its base safely.

Saeqeh is the newest model of Simorgh-class Unmanned Aerial Vehicles (UAVs), a homegrown sophisticated aircraft made by reverse engineering of American Lockheed Martin RQ-170 which Iran could capture in its airspace in December 2011.

Back in August, the Army Ground Force unveiled a homegrown drone used for jamming and deception operations. In December 2014, the Ground Force for the first time utilized a type of suicide drone in a large-scale military exercise.