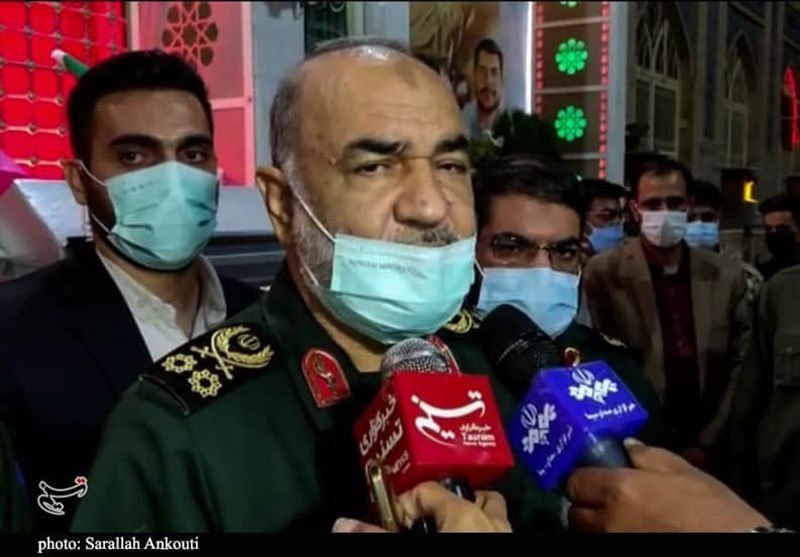 The commander of Iran’s Islamic Revolution Guards Corps. says martyr Lieutenant General Qassem Soleimani offered the Islamic Ummah a gift of glory stressing that Iran continues on his path and will not allow the enemy infiltrate into Islamic territories.

“The path martyr Soleimani was treading enables Muslims to take action with ardor and take up challenges to defend their honor and credibility and create a free, dignified, impenetrable and prosperous world for themselves,” he said.

“Our message to the enemies of Islam is that we will continue on our path and will defend our honor, independence and freedom as well as our Islam and will not allow enemies and their agents to find a way into Islamic territories.”

The IRGC commander made the comments during a ceremony held to mark two years since the assassination of General Soleimani in a US airstrike at Baghdad airport on January 03, 2020.

The US claims it targeted the top Iranian general because he posed a threat to Washington’s interests. Iran has rejected the claim, saying the assassination, openly claimed by former US President Donald Trump, violated international law and norms.

Tehran has stressed that the US eliminated the biggest threat to Daesh and other terrorists in the region by assassination of General Soleimani.