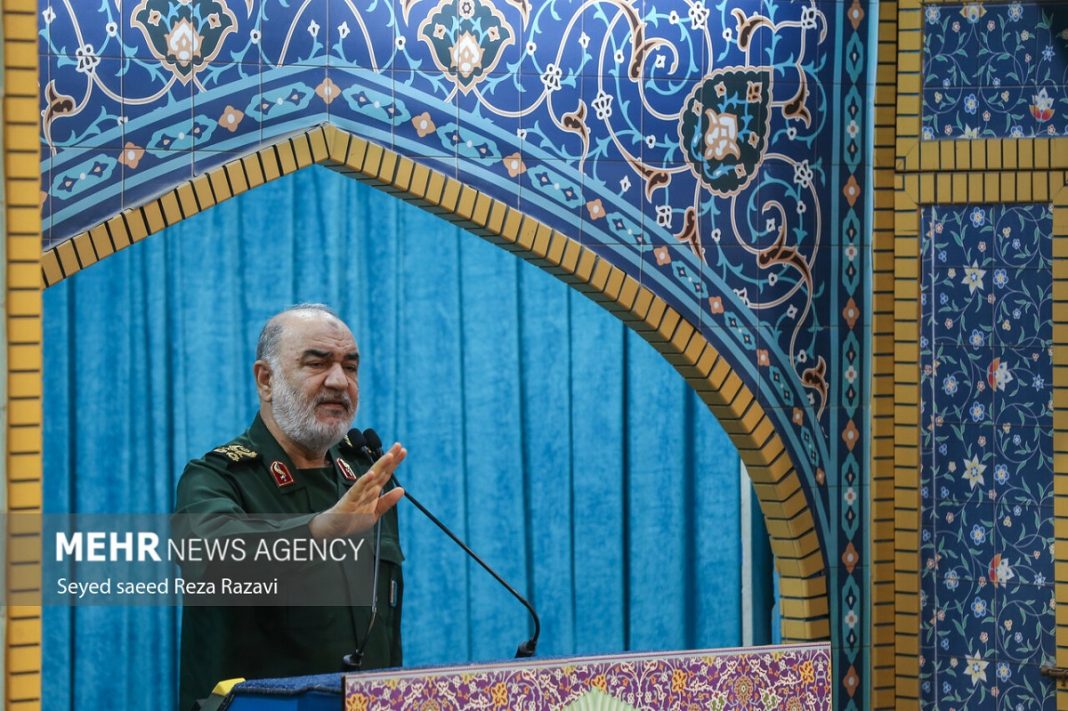 The commander of Iran’s Islamic Revolution Guards Corps has said the Israeli regime is on the verge of collapse. Major General Hossein Salami said all people witnessed how a young Palestinian defeated the entire security apparatus of the Zionist regime in the heart of occupied Palestine.

Speaking on the occasion of the International Quds Day in Tehran on Friday, Salami added that Palestine is now armed and its men are ready to fight the Zionists.

Addressing the leaders of the Zionist regime, Salami said, “You are now witnessing the firing of thousands of Palestinian rockets and the failure of your Iron Dome missile shield and you are feeling like you have been encircled in the heart of the Islamic world”.

Salami also advised the Zionists to note the fact that the US has weakened and it now looks like the “house of a spider” and it’s no longer a reliable ally.

He also cited the US’s humiliating retreat from Afghanistan as a sign that Washington’s clout is on the wane.

The commander of the IRGC then warned the Israeli regime against a “foolish act” against the Islamic Republic of Iran.

Salami said the Israelis know that Iran makes good on its promise and that any aggression against the nation will have painful consequences for Tel Aviv.

Salami urged the Palestinians to press ahead with their struggle against the Zionists, saying, “Your enemy is on the decline and you are becoming more and more powerful”.

He noted that Iran will continue supporting Palestine in its fight against Israel.