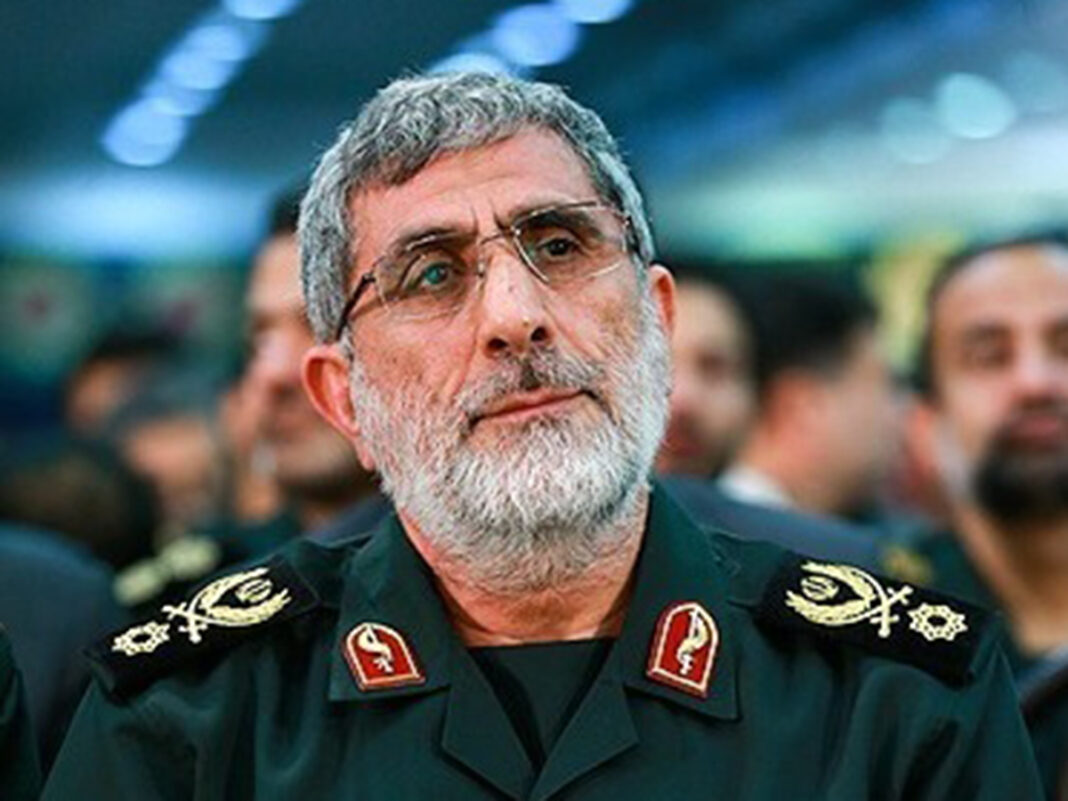 The commander of Iran’s Quds Force says if necessary, the Islamic Republic will pave the way for wreaking vengeance on the Americans for their assassination of General Qassem Soleimani inside their houses and at the hands of people close to them.

General Esmail Ghaani was speaking at an event in the city of Mashhad commemorating the migrant martyrs who fought terrorists in Syria.

Ghaani added that if there are rational people in the US who would deal with those who assassinated General Soleimani, that will be less costly for America than when the sons of the resistance front take things into their own hands.

He added that the revenge against the US has just started, adding, “We Shias know how to take revenge, just as what our old generations did to the Umayyad clan and uprooted them. We have such a culture”.

Ghaani said the US mistakenly thinks that they hit General Soleimani and it’s over but the blood of that martyr inspires the sons of the resistance front.

The commander of Iran’s Quds force noted that the US will be dislodged from the West Asian region under God’s auspices.

Ghaani said if the Americans are wise, they will get out of Iraq or the resistance front in the country will destroy them and they will be forced to leave Iraq in a humiliating way worse than Afghanistan.

The Quds Force commander said the US has been hatching plots in the region for 20 years and their ultimate goal was to deal a blow to the Islamic establishment in Iran.
Ghaani also said the US claim that it has drawn down troops in Iraq is a lie.