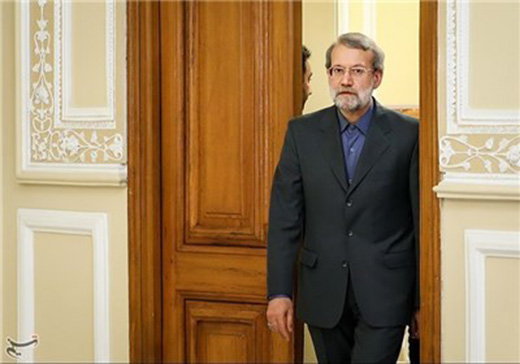 Speaker Ali Larijani says that the Irish authorities are keen to see the successful conclusion of the nuclear negotiations between Iran and P5+1.

Irish officials are very eager to see the negotiations on Iran’s nuclear program result in a final deal in order to forge broader economic cooperation with Tehran, Iranian Parliament Speaker Ali Larijani said after a visit to the Republic of Ireland.

Speaking to IRIB on Thursday upon his arrival in Tehran after a 3-day trip to Dublin, Larijani said the Irish authorities are keen to see the successful conclusion of the nuclear negotiations between Iran and P5+1 (Russia, China, the US, Britain, France and Germany).

“After a meeting with the speaker of the Irish parliament, he said explicitly he has become confident that Iran is moving on the path of peaceful nuclear technology,” Larijani said.

While Iran and the six powers are negotiating to strike a lasting deal to settle more than a decade of impasse over Tehran’s peaceful nuclear program, many countries are impatient to broaden economic ties with Iran following the removal of anti-Iran sanctions under the long-awaited nuclear accord.

Larijani also said that the Irish officials are willing to cooperate with Iran in counter-terrorism, particularly given concerns raised after European citizens joined terrorist groups in the Middle East.

“The Irish officials acknowledged that the Islamic Republic of Iran is the most important and influential country with sustained security in the region, and believed that they should have close cooperation with Iran to be able to bring about security for the other countries,” Larijani added.

The Iranian speaker further noted that he held meetings with 10 ranking Irish officials during his 3-day stay in Dublin.