Iraqi Speaker Thanks Iran for Supporting Its Territorial Integrity 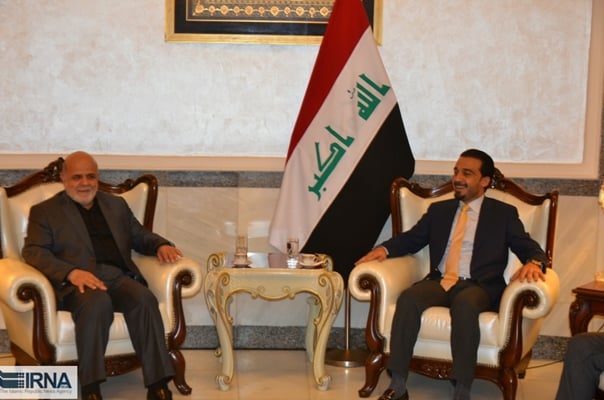 Iraq’s new Parliament Speaker Mohammed al-Halbousi has expressed his country’s gratitude to Iran over its support for Iraq’s territorial integrity and unity.

In a Monday meeting with Iran’s ambassador to Iraq Iraj Masjedi, the Iraqi official called for strengthening of cooperation between Tehran and Baghdad in the parliamentarian area.

During the talks, al-Halbousi described Iran’s regional support for Iraq in the reconstruction projects, the services it offered in war-hit areas retaken from the terrorists as well as its active cooperation to restore stability and living standards to the destroyed areas as highly important, a report by Fars News Agency said.

“Iraq is hopeful that the two sides’ cooperation could expand further in all areas in the future,” he noted.

The Iranian ambassador, for his part, congratulated al-Halbousi on his election as Iraq’s parliament speaker and wished success for the new parliament.

He also underlined the need for expansion of economic ties between the two sides.

During the talks, the two officials also exchanged views on deepening of parliamentarian relations as well as the ways to tackle the current water crisis between the two states,

Meanwhile, Masjedi delivered a letter by Iranian Parliament Speaker Ali Larijani, in which he invited his Iraqi counterpart to visit Tehran.

Al-Halbousi thanked for the invitation and expressed hope he would visit Iran in the near future.