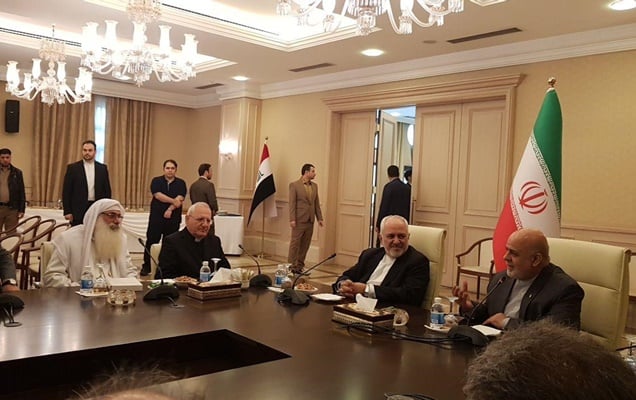 Iraq’s religious and social institutions have stressed their eagerness to maintain and deepen friendly and close ties with the Islamic Republic.

A number of figures and representatives from Iraqi religious minorities have met with Iran’s foreign minister in his place of residence in Baghdad.

During the second day of his official visit to Iraq, Mohammad Javad Zarif held separate meetings with representatives of religious, political, cultural, ethnic and social groups, organisations and institutions, including the head and members of the Sunni Waqf and representatives of Christian, Mandaean, Turkmen and Izadi minorities.

Abdul Latif Al-Humim, the chief of the Sunni Waqf said in the meeting with the Iranian foreign minister that it is a religious duty to defend Iran in the face of cruel US sanctions.