Iraqi President in Tehran to Hold Talks with Iranian Officials 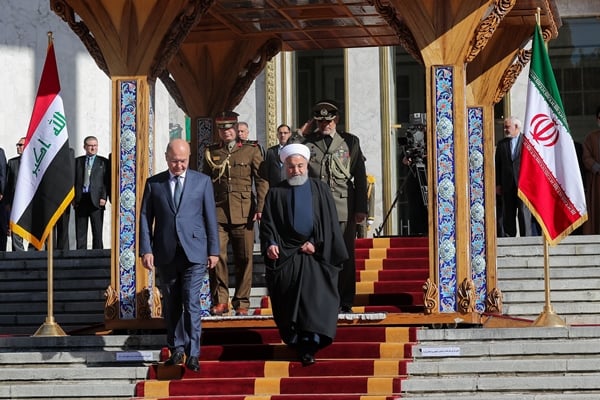 Iraqi President Barham Salih has arrived in Iran on his first official visit to the country since assuming office last month.

Salih is accompanied by several high-ranking officials. He is going to meet with Rouhani and other top officials to discuss regional and bilateral issues.

The two sides are also expected to sign memorandums of understanding in different fields.

Salih is in the middle of a regional tour. Before his trip to the Islamic Republic, he visited Jordan, Kuwait, and the United Arab Emirates. He is slated to visit Saudi Arabia as well.

Iran and Iraq are close regional allies and have extensive trade ties. Iraq is Iran’s second-largest market after China, and buys everything from food and machinery to electricity and natural gas.

On 2 October 2018, Salih was elected as 8th President of Iraq. He received 219 votes and defeated Fuad Hussein who secured 22 votes.