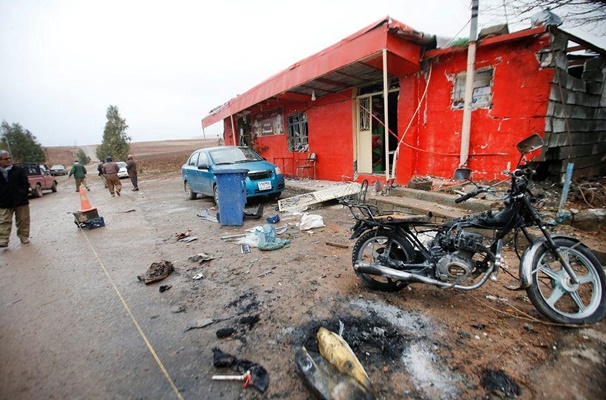 Two explosions on Tuesday night targeting the Kurdistan Democratic Party of Iran (KDP-I) headquarters in Koya have killed at least seven people, and wounded several others.

According to a report by IFP, a double explosion, reported to be from a motorcycle bomb, targeting the KDP-I headquarters in Koya – a town near the Iranian border in Iraq’s Kurdistan Region – has killed seven people.

Jalal Karim, the Deputy Minister of Interior at the Kurdistan Regional Government (KRG), noted that 5 party members, one security force, and a child have lost their lives in these attacks.

Without giving further details, he noted that several others have also been wounded, DW reported. 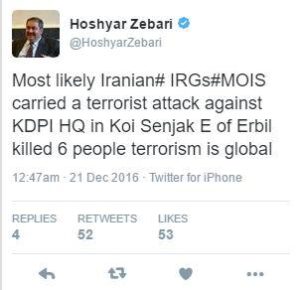 Meanwhile, Hoshyar Zebari, the Deputy Prime Minister of Iraq and a former Minister of Foreign Affairs, claimed in a post in his Twitter account [which he later deleted] that Iran’s Intelligence Ministry and the Islamic Revolution Guards Corps (IRGC) have been behind the terrorist attacks.

However, his claims seem to be part of a project to provoke Kurdish Iranians and disrupting the country’s national security.

Such allegations by a former Kurdish official, particularly one who has been in charge of the Iraqi central government’s foreign affairs, can be part of a plot to influence Tehran-Baghdad relations, the operation to liberate Mosul, and disrupting peace in Western Iran.

It can also be a warning by the Kurdistan Regional Government to the anti-Iran party (KDP-I) and Iranian dissidents. Masoud Barzani, the KRG President, does not want to step down, and such crises might help him stay in power.

Critical situation in the region can attract the attention of Iran and Iraqi central government, and make them support Barzani to remain in power. He might be conveying the message that peace can only be secured with his presence, and even the rumours of his absence might cause such critical situations.