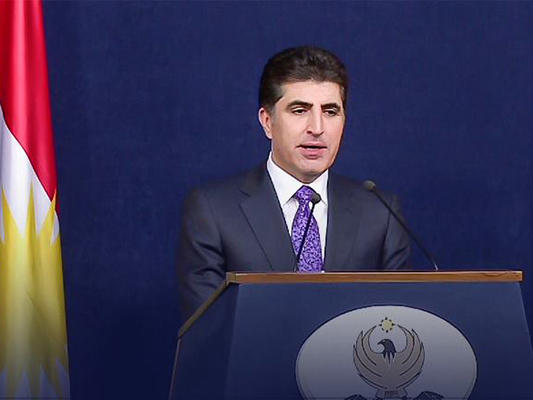 Reports say Prime Minister of the Iraqi Kurdistan region, Nechirvan Barzani, will travel to the Iranian capital on Sunday.

Media sources quoted the Iranian Consulate in Erbil as saying that PM Barzani will have a trip to the Iranian capital on January 21.

Some Iraqi websites have quoted the Iranian Consulate in Erbil as saying that Barzani and Talabani will head a Kurdish delegation during the visit to Tehran.

According to the statement, the trip is aimed at exchanging views on political, economic, security and cultural issues, and the results are expected to be positive.

The visit will come one day after Barzani and his accompanying delegation visited Baghdad and met with Iraqi Prime Minister Haider al-Abadi on Saturday.

The Kurdistan region held a secession referendum last September despite stern warnings from Baghdad and overseas that such a move would compound the problems facing the country amid the fight against terrorism.

Following the plebiscite, which reportedly saw an overwhelming number of participants voting for separation, the central government imposed certain measures against the Kurdistan Regional Government (KRG).

It conducted a military campaign to retake the areas overrun by Kurdish militants in the course of the fight with ISIS terrorists, banned direct flights to the region, and demanded control over border crossings.

On November 6, Iraq’s Supreme Federal Court ruled that no region or province was allowed to break away from the mainland.

An Iraqi government spokesman said in October that Baghdad had set a series of conditions that the KRG needed to meet before any talks on the resolution of the referendum crisis could start.