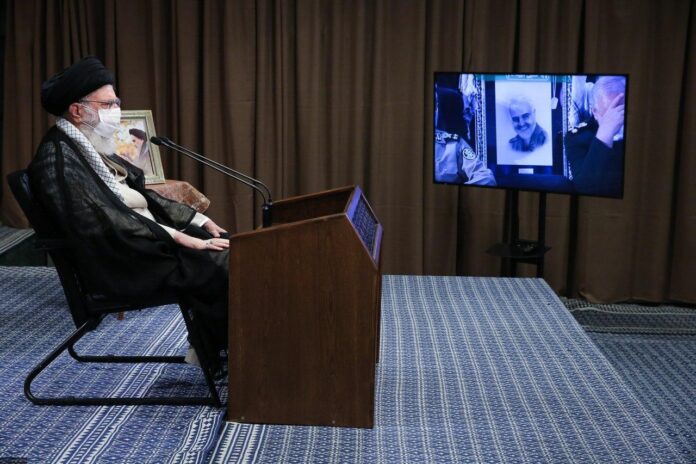 Iran’s Leader Ayatollah Seyyed Ali Khamenei says the Islamic Republic’s resistance against the Iraqi war imposed on the country in the 1980s proved that it is “very costly” to invade Iran.

The Leader made the remarks on Monday in a virtual address to an event held for commemoration of the veterans of the country’s 1980-88 Sacred Defence against the Iraqi war.

“When a nation shows that it has the diligence and power to defend itself and delivers a crushing response to invaders, invaders would then think twice before perpetrating any incursion against this country and its people, and realize that such an act of aggression would be very costly for them,” Ayatollah Khamenei said.

Ayatollah Khamenei’s comments came in an apparent reaction to the recent threats by US President Donald Trump to take military action against the Islamic Republic of Iran.
The Leader highlighted the rewards of Iran’s defence against the Iraqi invaders, and said successful engagement in the war awarded Iran its current level of security.

He said the resistance shown by Iranian people also equipped them with a sense of self-belief in their ability to fend for themselves and put it on a course of technological and scientific development because it had to wade into many new areas to be able to buttress its defensive activities.

The war taught Iran that “some things that appear to be impossible are actually possible,” Ayatollah Khamenei added.

The Leader’s comments came on the anniversary of the day when Iraqi invading forces took on Iran with untrammeled foreign support, just one year after the victory of its Islamic Revolution.

The war lasted until 1988, leaving a treasure trove of memories of self-sacrifice and spiritual conviction in ultimate divine victory.