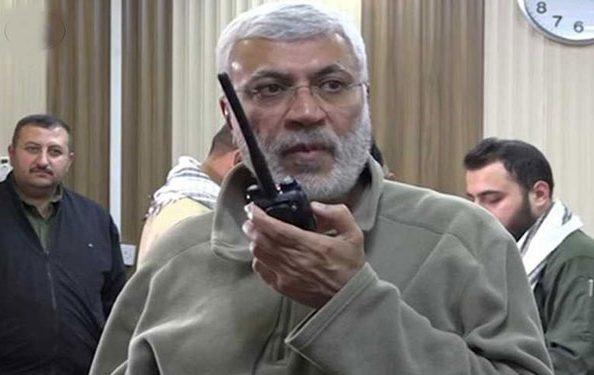 An Iraqi commander says the Popular Mobilization Units (PMU) have retaken around 14,000 kilometres of their country’s soil, including nearly 360 villages in western Mosul in northern Iraq, from the ISIS terrorists.

Deputy Commander of the PMU, Abu Mahdi al-Muhandis, says that popular forces have managed to kill about 2,000 ISIS terrorists in their operation in western Mosul.

Declaring readiness to liberate Tal Afar in the northern Iraqi province of Nineveh, al-Muhandis stressed that “we are awaiting the directive from the commander-in-chief of the Iraqi armed forces on this issue.”

Following the complete liberation of the border areas, he said, the control of these zones will be handed over to the Iraqi border police units.

The PMU’s deputy commander noted that in this operation, the engineering unit of Hashd al-Shaabi fighters ensured security within more than 1,000 kilometres of the borders, adding, “We also retook 50-60 kilometres of the common border between Iraq and Syria from the terrorists.”