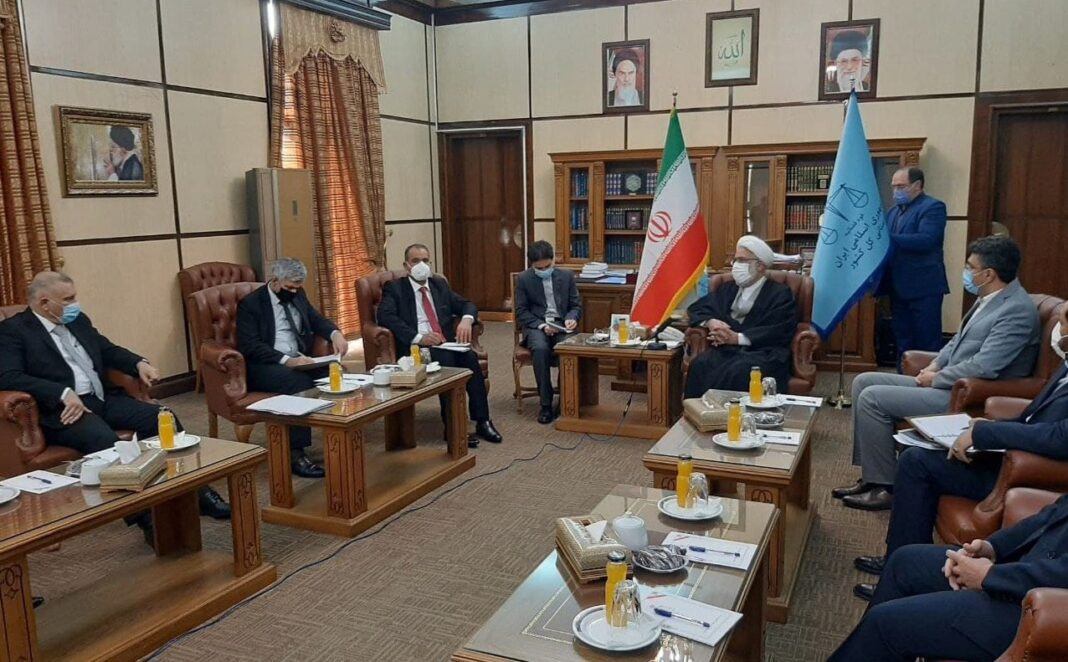 An Iraqi delegation led by Head of the country’s Judicial Oversight Organization has met with Iranian Prosecutor General Mohammad Jafar Montazeri to discuss the latest developments related to the assassination case of general Qasem Soleimani.

The Iranian prosecutor general said during the meeting “there is not the slightest doubt that the former Iraqi president and his agents were involved in this assassination and this is not something that requires so much time to gather documents and evidence.”

“This is not an ordinary incident and it was not even a matter of premeditated murder that we want to prove with evidence, but it is a terrorist crime that was designed with well-calculated preparations and its command room was in the U.S. and its agents in the region and its perpetrators in Iraq,” Montazeri stated.

He added that Iran and Iraq need to work more closely on the case and that both sides need to move forward carefully and quickly.

The meeting comes as Iran is preparing to mark the second anniversary of the high-profile U.S. assassination on January 3.