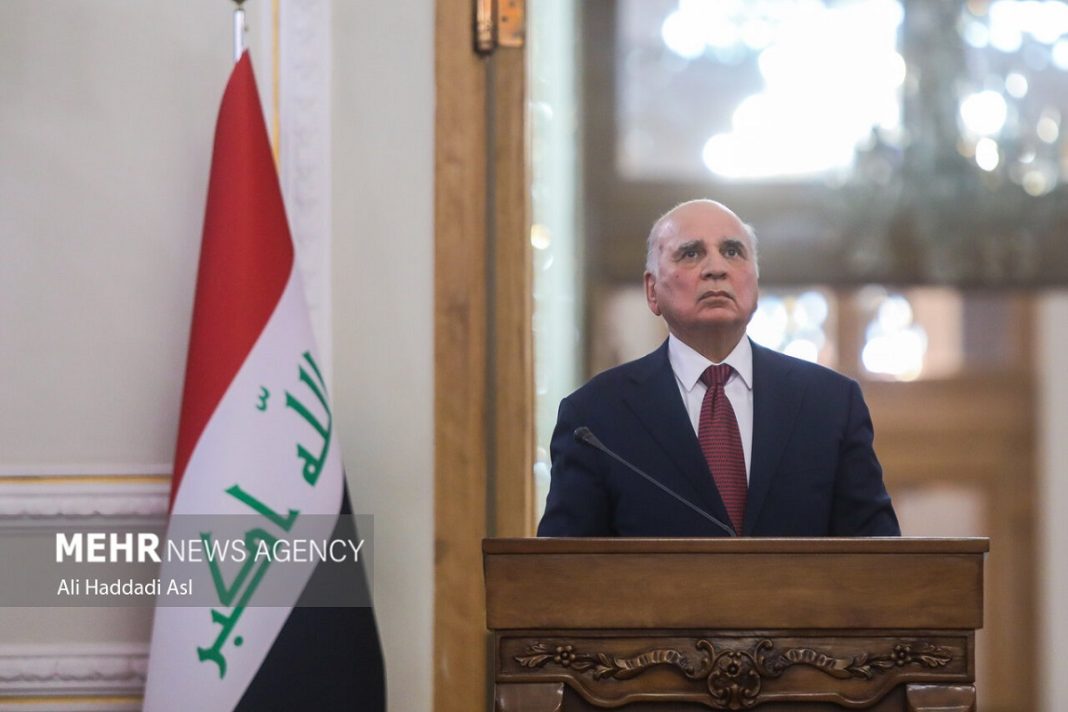 Iraqi Foreign Minister has described his country's relations with Iran as strong, and emphasized that Baghdad is ready to host mediatory talks between Tehran and Riyadh.

“Our relations with neighboring Iran are strong, and we, in fact, through many times, seek to restore Iranian-Persian Gulf relations,” Fuad Hussein said in an interview with the Bahraini Alwatannews about the impact of Iran-Iraq relations on the nature of relations with Bahrain and the Persian Gulf Cooperation Council states.

According to him, strengthening these relations will help the security of the region, and improving security at the regional level will strengthen the internal security of Iraq and other countries.

Elsewhere in his remarks, the top diplomat stressed that the tensions between Tehran and Washington during Donald Trump’s administration had a strong impact on Iraq’s internal situation.

Regarding the negotiations between Tehran and Riyadh, he emphasized that whenever these two countries are ready to resume negotiations, Baghdad is ready to help in this regard.