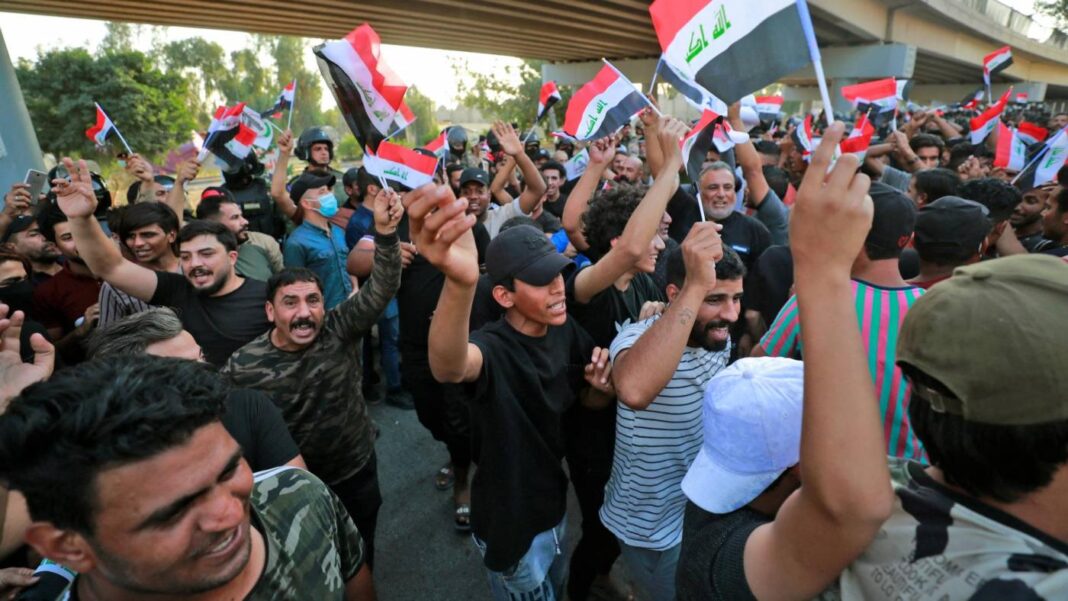 Demonstrations against the results of Iraq's parliamentary election turned violent on Friday, with hundreds of people clashing with security forces in the capital Baghdad. At least 125 people were injured during the unrest.

At least 125 people have been injured in clashes in the Iraqi capital between security forces and demonstrators as people once again rallied to protest what they call foreign-sponsored fraud and vote irregularities at the October parliamentary elections.

Iraqi security sources reported on Friday that police fired tear gas and live ammunition into the air to disperse the demonstrators while scores of the protesters threw stones and tried to advance towards Baghdad’s heavily fortified Green Zone, which houses government buildings and foreign embassies.

The Iraqi Health Ministry announced in a statement that 27 people and the rest of the security forces were wounded while no gunshot wounds and no deaths were recorded, the National Iraqi News Agency (NINA) reported.

The protesters were hurt mostly from smoke inhalation while nine policemen sustained injuries from being pelted by stones, hospital sources stated.

The Iraqi capital and a number of major cities have been tense over the past few days as several political factions and their supporters in the Arab country have rejected the preliminary results as “fraudulent.”

A total of 329 seats were up for grabs in the election. More than 3,240 candidates were running, including 950 women.

According to the preliminary results, the Fatah Alliance won 14 seats in the October 10 elections after taking 48 seats in the 2018 vote.

A count based on initial results from several provinces plus Baghdad, verified by local government officials, suggested that Sadr’s Sairoon coalition had won more than 70 seats, which, if confirmed, could give him considerable influence in forming a government.

Kurdish parties won 61 seats, the results showed, including 32 for the Kurdistan Democratic Party, which dominates the government of the semi-autonomous Kurdish region of Iraq, and 15 for its rival Patriotic Union of Kurdistan party.

The State of Law Alliance, headed by former Prime Minister Nouri al-Maliki, who led Iraq from 2006 to 2014, came third overall with 37.

Iraqi Shia political parties won fewer seats than in the last election in 2018, according to the results and local officials.

The elections were originally planned to be held in 2020, but the date was brought forward in response to a mass protest movement that broke out in 2019 to call for economic reforms, better public services, and an effective fight against unemployment and corruption in state institutions.