‘Iraq in Limbo to Choose between Iran, US’ 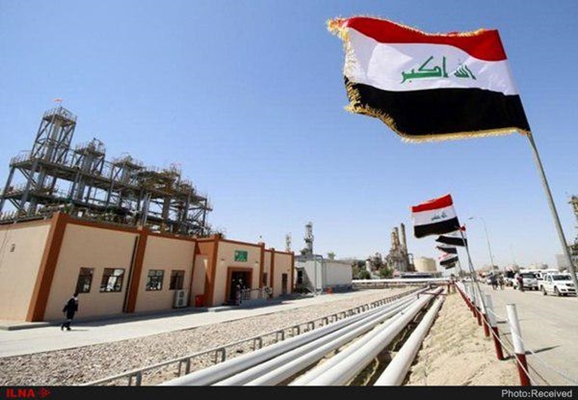 An Iranian analyst says Iraq is now faced with a difficult choice between Iran and the US because the power balance it had created over the past years to establish ties with both sides is no longer feasible.

Mohammad Saleh Sedqian has referred to the latest US decision not to renew waivers for countries like Iraq to purchase Iran’s oil and said in the new situation, Iraq can no longer maintain the power balance it used to have to keep ties with both Iran and the US.

“Today, the US has explicitly urged Iraq to keep side with Washington or face harsh situation,” he was quoted as saying in an interview with the Iranian Diplomacy website.

Sedqian says Iraq is different from the remaining countries which enjoyed the US waivers to purchase Iran’s oil in terms of economic conditions.

“If countries like China and India can easily replace Iran with other oil exporters, Iraq can’t make the switch easily. Meanwhile, Iraq is highly dependent on Iran’s power, gas and other basic goods. So, the country can’t find an alternative for its imports from Iran in the short term and it can’t rely easily on the promises made by some regional states,” he said.

The analyst said the US may lessen its pressure on Iraq when it comes to economic ties with Iran because the relations between Iran and Iraq are of special nature.

“That’s why I think that if the US doesn’t renew the oil waiver for Iraq, the country may face serious problems,” he said.

He then referred to the latest contacts between Iraqi and American officials and said over the past few days, Iraqi Prime Minister Adel Abdul-Mahdi held a phone conversation with US Secretary of State Mike Pompeo.

“It’s not clear yet what has been discussed in detail during the talks. But we are sure that the two sides held talks on the waivers. Now the main question is what approach the US is going to adopt towards Iraq’s waiver: Refusing to issue new waivers or providing Iraq with a chance to continue its energy purchase from Iran even in a limited amount?”

“This comes as Saudi Arabia is seriously seeking to cut mutual ties between Iran and Iraq. So, if Saudi Arabia manages to make up for Iran’s oil, Iraq may decide to cut its ties with Iran,” he said.

The analyst then referred to Iraq’s hard economic conditions and said the Arab country needs to gather more financial resources to reconstruct itself.

“But we should have this point in mind that no country in the world is ready to sacrifice its interests for others. So, the future of Iran-Iraq ties is not completely guaranteed,” he noted.

Sedqian also said that despite the international sanctions, Iran enjoys a better situation compared with Iraq.

“Today, Iraq is in a limbo. The country heavily hinges on imports of power, gas and other basic goods from Iran. Even Iraqi officials have declared that the country has no alternative for what it imports from Iran. This shows that the power balance that Iraq had created to establish ties with both Iran and the US is no longer operational. The country now needs to make a hard choice,” he added.

The analyst also said the Iraqi officials have to find a way out of the current limbo now that the tensions between Iran and the US have engaged the whole western Asia.