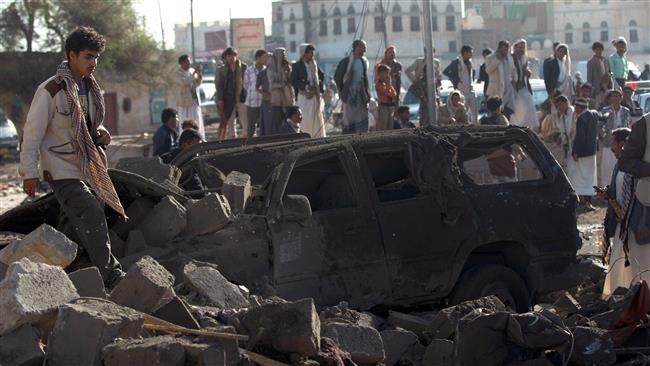 Zarif said military operations constitute a violation of Yemen’s sovereignty and will only lead to further bloodshed.

The Iranian foreign minister has called on Saudi Arabia to immediately cease its military aggression against Yemen.

“We demand an immediate stop to the Saudi military operations in Yemen,” Mohammad Javad Zarif said in an interview with Iran’s Arabic-language al-Alam news network on Thursday.

Zarif said the military operations constitute a violation of Yemen’s sovereignty and will only lead to bloodshed.

“We will spare no effort to contain the crisis in Yemen,” Zarif said.

He pointed out that the act of aggression will benefit no country, adding that the military campaign will further escalate tensions in the region.

The Iranian foreign minister also urged regional and Western countries not to allow their policies playing into the hands of terrorists such as al-Qaeda and ISIL in Yemen.