Iran’s Zarif: Nuclear deal opportunity should not be wasted 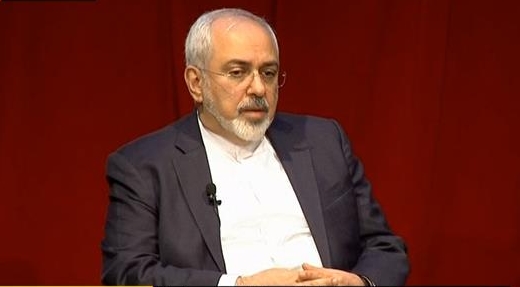 Foreign Minister Zarif has reiterated that anti-Iran sanctions should be lifted as soon as Iran and P5+1 ink the final nuclear deal.

Iran’s Foreign Minister Mohammad Javad Zarif says the opportunity for achieving a nuclear deal between the Islamic Republic and P5+1 “should not be wasted.”

The Iranian foreign minister made the remarks during an interview at New York University on Wednesday.

Zarif said there is a general agreement on the concepts of the deal, “which we call parameters of the agreement.”

Answering a question on the so-called “enhanced access” by the International Atomic Energy Organization (IAEA) to Iran’s nuclear facilities, referred to in the joint statement adopted by Iran and international powers in early April, Zarif said Iran is ready to provide full transparency with regard to its nuclear facilities.

Zarif said based on an “internationally-defined legal agreement” and based on the Additional Protocol of the Non-Proliferation Treaty, Iran will accept the “highest level of transparency” on the issue.

He added that, however, what Iran is opposed to is the arbitrary visits which not only Iran, but no other country could accept when it comes to its sensitive facilities.

The Iranian foreign minister stated that a 2013 report by the IAEA admits that after Japan, Iran has accepted the highest number of inspections of its nuclear facilities while Japan has ten times more nuclear sites.

He said the final deal would see Iran even provide a more transparent system for the international inspectors, even more transparent than the mechanism stipulated in the Additional Protocol, as the country is basically against nuclear weapons based on a religious decree by the Leader of the Islamic Revolution Ayatollah Seyyed Ali Khamenei and that the country has nothing to worry about.

On the issue of the removal of the international sanctions imposed on Iran over its nuclear activities, Zarif said if Iran and P5+1 – the US, the UK, France, China, Russia and Germany – reach an agreement by the end of June, the United Nations Security Council will, a couple of days later, endorse the agreement through a resolution under the Chapter Seven of its the UN Charter.

“(That) will terminate all previous resolutions including the sanctions resolutions,” Zarif said, adding that such a resolution would be binding for the US government.

He said Iran’s opposite party in the nuclear negotiations is the US government and not the US Congress or the US Supreme Court.

The top Iranian diplomat once again emphasized Iran’s stance with regard to the relief of sanctions, saying that they should be lifted as soon as the final deal is reached .

“All steps will only take few weeks to implement,” he said.

Answering a question on the so-called snap-back clause mentioned in the Lausanne agreement, Zarif said Iran is concerned about the violation of the commitments by the opposite negotiating side.

He said Iran has not negotiated for such a long time only to reach a document and then simply violate it, saying that the snap-back system is a reciprocal issue and that the two sides should realize that.

Zarif said that, to the admission of everyone, Iran has implemented everything it promised in the Geneva agreement signed in November 2013, but unfortunately, the US has not met all its obligations with regard to the interim deal.

“So Iran will have its own provision of snap-back if the US fails to meet its obligations,” he said, adding that Tehran expects Washington to be fully committed to its promises.

Zarif said the main precondition for reaching a permanent agreement on Iran’s nuclear program is political will, adding that such a will was absent in similar talks between 2002 and 2005, when some powers sought excuses.

The Iranian top diplomat said Iran welcomes the opportunity to use peaceful nuclear technology by all countries, but big powers and the regime of Israel still pose a huge threat to the global peace and security by possessing nuclear warheads.

“The single biggest threat (to global peace) is the presence of nuclear weapons in the US and the second threat is Israel’s possession of the weapons,” Zarif said, adding, “Bibi sits on more than 400 nuclear warheads obtained in violation of the NPT,” but he still calls himself the guru on the issue.