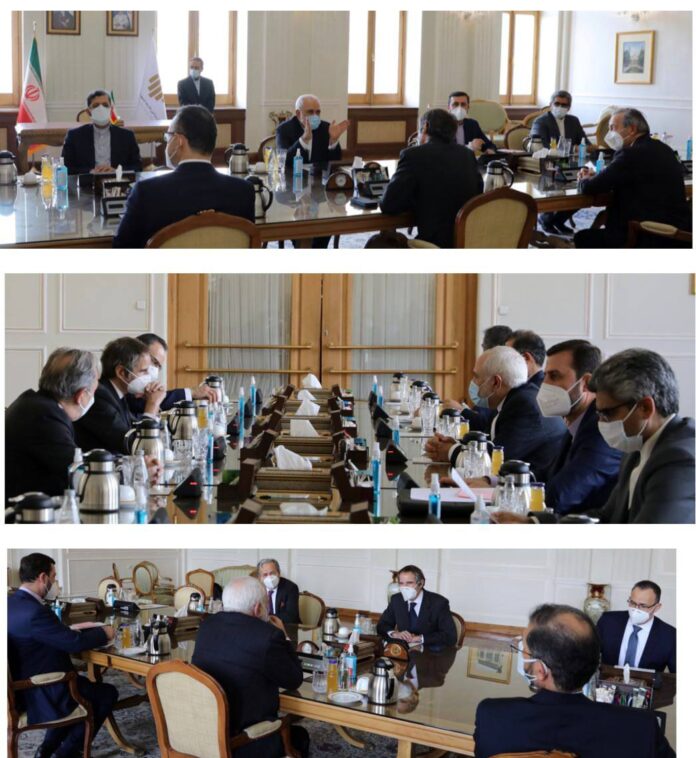 Rafael Grossi, the director general of the International Atomic Energy Agency (IAEA) who is in Tehran for talks with Iranian officials, met with Foreign Minister Mohammad Javad Zarif on Sunday.

Collaborations between Iran and the IAEA, the Agency’s efforts to settle the two sides’ issues, and the cooperation between Tehran and the UN nuclear watchdog within the framework of the Safeguards Agreement were among the most pressing issues discussed by the Iranian Foreign Minister and the IAEA director general.

Iran Rejects EU’s Offer, Says Time Not Ripe for Informal Meeting with US