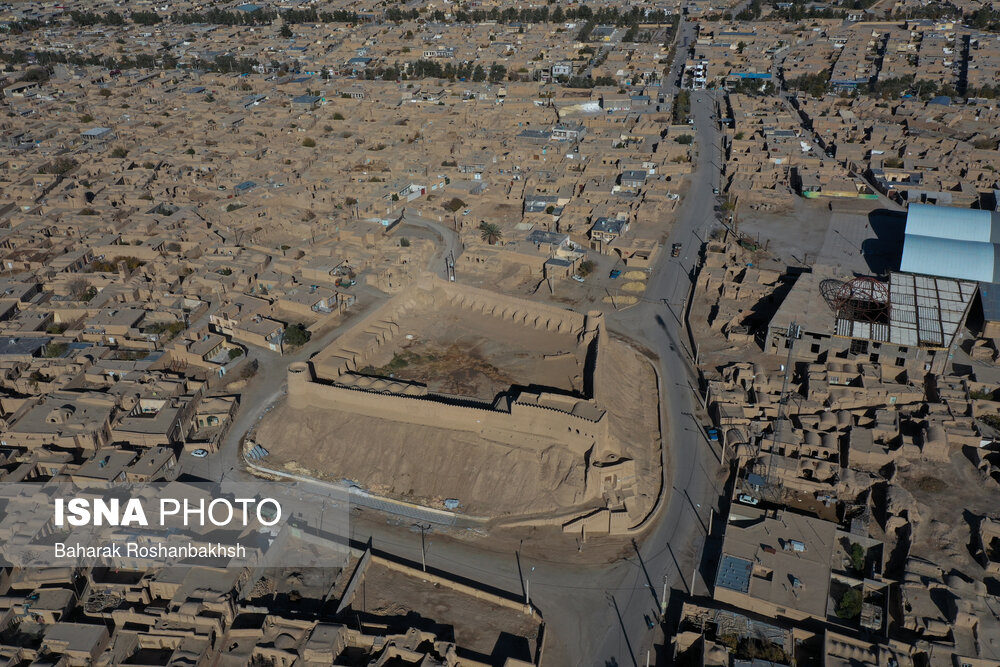 The historical city of Yazd in central Iran is the world’s largest adobe town.

Deprived of natural blessings such as water and fertile land, Yazd residents had to be innovative and work hard to get water. Hence, they innovated subterranean aqueducts known as Qanats.

That innovation brought water to the desert town of Yazd where residents now had water in addition to earth.

People in Yazd used this very water and earth to construct all buildings, ramparts and bastions, prayer sites, military structures and water structures such as cisterns.

The first structures built in Yazd date back to the pre-Islam era when most buildings were made of adobe in the form of layered structures.

The dimensions of the sun-dried mud bricks made in early ears were so big as they thought they would be able to erect buildings in a shorter time if bigger bricks were used.

Mud bricks are usually made outdoors, so that they can get dry in the sun. The largest amount of adobe was used in the construction of structures such as the Qala Maybod Castle, the Yazd Bastion and the Abarabad Castle. And now, adobe is used again like in the past to restore historical monuments.

Workshops making mud bricks are mushrooming in different parts of Yazd province, so much so that upwards of 1 million mud bricks are produced annually at restoration workshops of the provincial cultural heritage department.