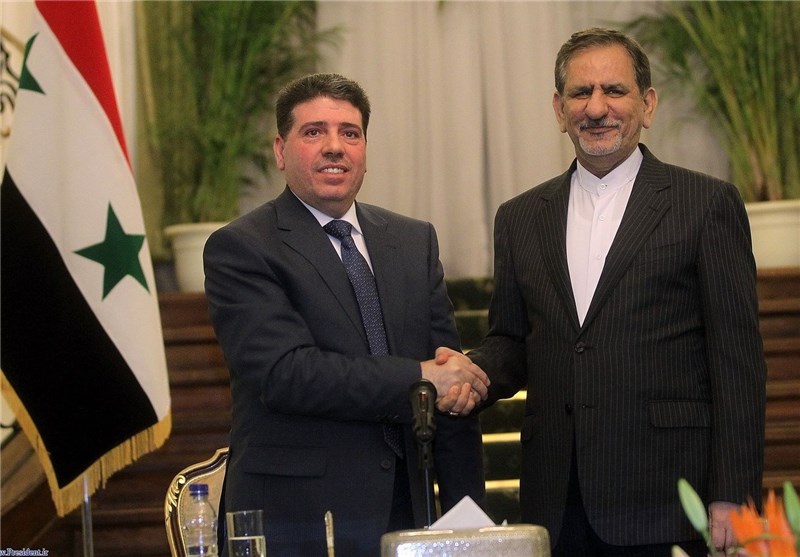 In a telephone conversation on Tuesday, Iranian Vice-President said Iran’s resolve and determination to support the Syrian nation and government’s resistance against terrorist groups “continues unabated”.

“Iran will support Syria in this time of hardship as much as possible,” he underscored.

He further lauded the recent achievements made by the Syrian forces and allied volunteer fighters in the north of the country in pushing militants out of areas across the province of Aleppo.

He further noted that only the Syrian people are entitled to make a decision about their country’s fate and future.

During the conversation, Halqi thanked Iran’s assistance for Syria’s campaign against terrorism, and expressed the hope that he would pay a visit to Iran soon to discuss ways to further expand Tehran-Damascus relations.