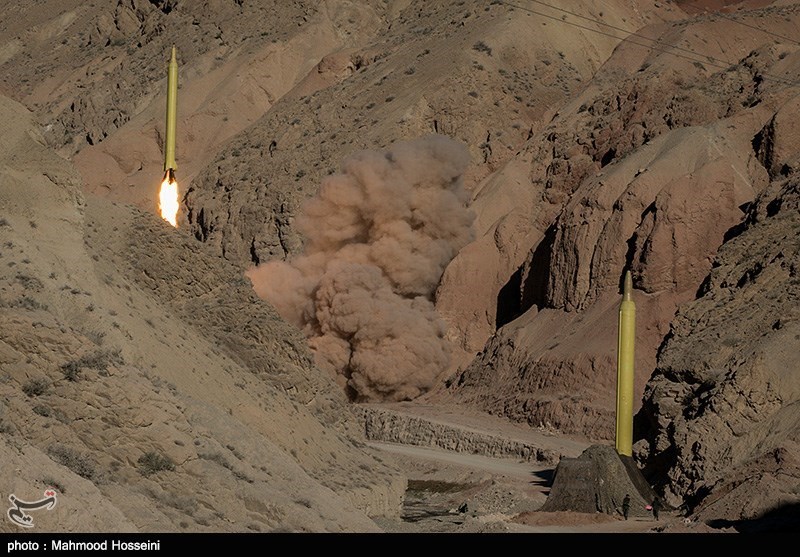 Permanent Mission of the Islamic Republic of Iran to the United Nations in New York in a statement underlined that the country’s recent missile test was part of Tehran’s effort to boost capability to defend against any aggression.

The following is the full text of the Iranian mission’s press release on Monday.

Pursuant to a campaign of disinformation that followed the recent missile test-launches by the Iranian military forces, the Permanent Mission of the Islamic Republic of Iran to the United Nations would like to provide the following clarifications:

1-      Iran, as a country living in the most unstable and volatile region of the world, is fully entitled to build a credible conventional capability to deter and defend against any aggression. Iran’s recent ballistic missile test launches were part of ongoing efforts of its armed forces to strengthen its legitimate defense capabilities and to demonstrate the effectiveness and readiness of missile systems against security threats. It is demagoguery for those who are at the supplying and receiving ends of around $100 billion of the state-of-the-art weaponry just to the lower Persian Gulf region in 2015 (while Iran’s entire defense budget was around ten times less in the same year) to hype this much Iran’s conventional missile-test launches. The disparity between Iran’s defense spending and that of other regional states is colossal, and has been acknowledged even by the US officials at the highest levels.

2-      Brazen threats against Iran’s sovereignty and territorial integrity, multiplied in the past several years, have made it all the more imperative for Iran to build a legitimate deterrent capability. As an example of these threats, Moshe Yaalon, Defense Minister of the Israeli regime, in a speech on 5 May 2015 in the Shurat Hadin Law of War Conference in Jerusalem threatened to use nuclear bomb against Iran. (For detail, see Iran’s letter to the Security Council dated 19 May, 2015) The same regime remains the only obstacle in the way towards establishing a Nuclear-Weapon Free Zone in the Middle East and the only one in our region in unlawful possession of nuclear weapons.

3-      The statements made by the Iranian military commanders reflected only the concern over such threats. The commander of the Aerospace Force of the Guards Corps, whose statements are wildly distorted by vested-interest parties, reiterated in his interview following the tests that “we won’t start any war, we aim, however, to defend ourselves … we don’t intend to attack any country, but if we come under attack, we should be able to retaliate.”

4-      Security Council resolution 2231 does not prohibit legitimate and conventional military activities, nor does international law disallow them. Iran has never sought to acquire nuclear weapon and never will in the future, as it fully honors its commitment under the NPT and the JCPOA. Consequently, Iran’s missiles are not and could not be designed for delivery of unconventional weapons. We reject arbitrary interpretation of the provisions of Security Council resolution 2231 and its annexes, and call upon all parties to act in good-faith and refrain from provocations.

5-      We, likewise, reject the raising of this issue in a meeting of the Security Council and consider it to be contrary to the prevailing positive environment, and detrimental to the good-faith implementation of the JCPOA.
Permanent Mission of the Islamic Republic of Iran to the United Nations – New York