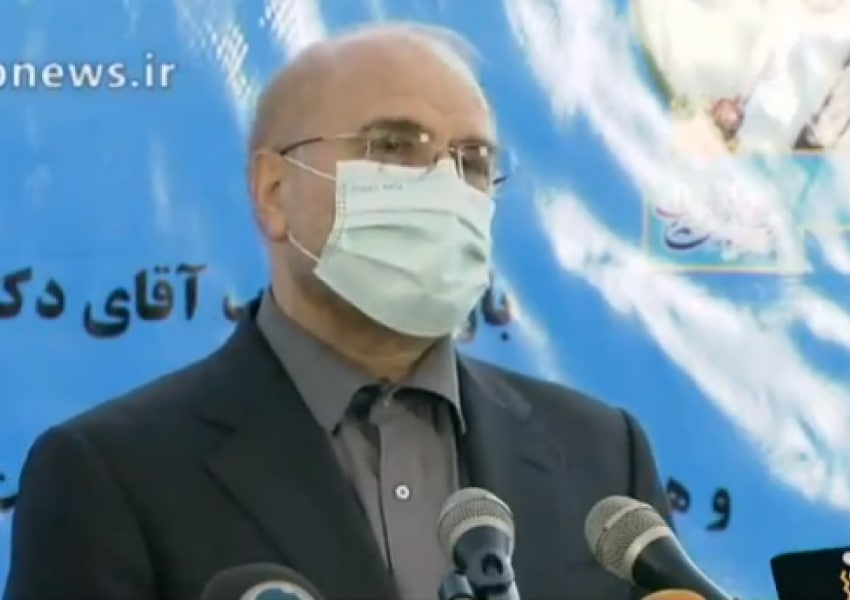 Iran’s parliament speaker has praised the administration of Iranian President Hassan Rouhani for implementing the legislation on countering sanctions which was passed by lawmakers, in a visit to the country's underground Fordow nuclear plant.

During the Thursday visit, Mohammad Baqer Qalibaf urged the United States to return to its obligations under the 2015 Iran nuclear deal, officially known as the Joint Comprehensive Plan of Action (JCPOA).

“We have no duty to fulfill our commitments when they don’t live up to their obligations,” he said.

“[We will comply with our commitments] whenever they make good on their obligations, i.e., remove all sanctions as well as banking, oil and trade restrictions,” said the top parliamentarian.

“We are determined to enforce the law [on countering sanction] in order to see all sanctions lifted,” he explained.

The parliament speaker then said the nuclear industry has been instrumental in tackling sanctions.

“The nuclear industry has taken a giant step toward neutralizing sanctions and we believe by taking similar action and adopting a united stance, we will be able to move forward on a path which would see people live with more comfort, security and welfare,” he said.