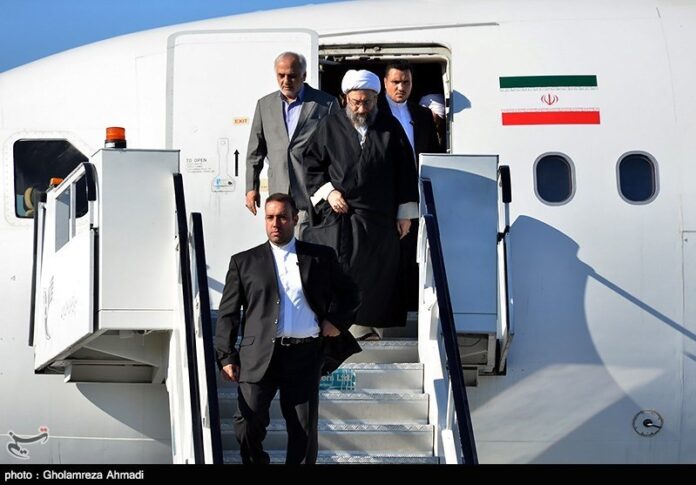 Speaking to reporters in Tehran upon his arrival from Baghdad on Friday evening, Ayatollah Amoli Larijani said he conducted good negotiations with his Iraqi counterpart, with the Arab country’s president, prime minister and parliament speaker.

He also hailed meetings with top Iraqi clerics and religious leaders, expressing the hope for growing ties between Tehran and Baghdad.

During Ayatollah Larijani’s trip to Iraq, the two countries signed a Memorandum of Understanding (MoU) on cooperation in various judicial fields.

Based on the MoU, Tehran and Baghdad will collaborate on judicial, legal and human rights issues, rights of women and children, joint action against contrabands, as well as training courses for the Iraqi judiciary personnel.

According to the document, the two neighboring countries agreed to join hands in the fight against terrorism and in defending its victims, and to share experience and technical expertise in battling terrorist crimes, extremism, corruption, narcotic and arms trafficking, organized crimes and offences that could threaten their national security.