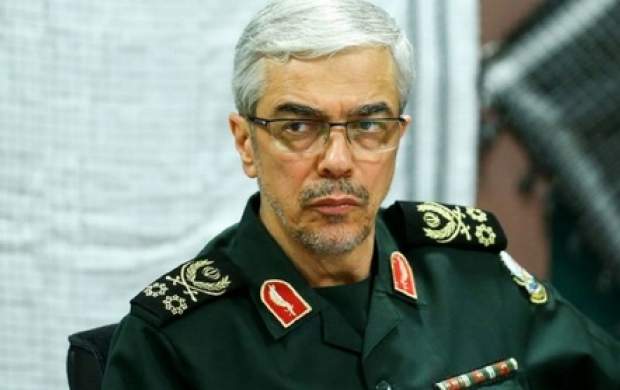 Chief of Staff of the Iranian Armed Forces Major General Mohammad Baqeri has warned that measures have been, and will be, taken by the Resistance Front to bring Israelis to their senses and not let their attacks go unanswered.

“The Zionists think they can constantly target the Syrian soil, and make mischievous moves in various places and the seas, and not receive any response,” General Baqeri said on Sunday.

He pointed to the “moves made in the past few days” and “future moves that will endanger their interests”, and said these will bring Israelis to their senses.

General Baqeri said Iran does not know who was behind the recent incidents (attacks on Israeli-owned ships and an area near Israel’s Dimona nuclear facility), and is not going to declare anything about them.

“However, the Resistance Front gives a serious response to the Zionists,” he added.

He also warned that should the Zionist regime does not stop its acts of mischief, it is not clear how Iran will respond, but Israel will not remain calm.