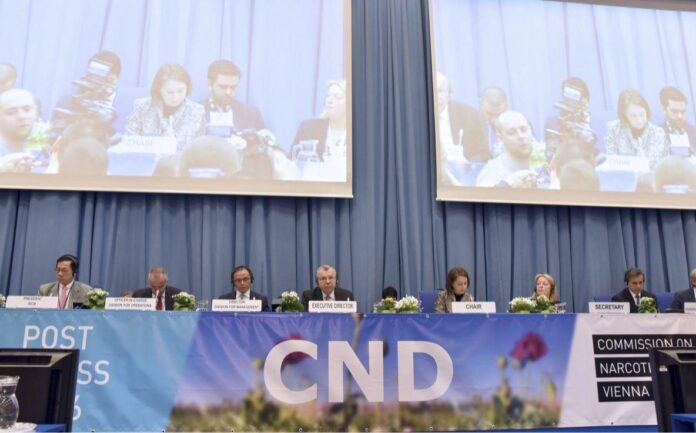 Iran’s ambassador to international organizations in Vienna has been designated as the first vice chair of the United Nations Commission on Narcotic Drugs (CND).

Kazem Gharibabadi was appointed to the top job and was also named as head of the CND’s General Committee at a meeting of the commission.

The CND has 53 members and was founded in 1964. It is the main international body with regards to policy making in the domain of illicit drugs. The commission analyzes the situation of narcotics in the world and presents to the UN’s Economic and Social Council (ECOSOC) its recommendations concerning all issues related to the scourge of narcotics, psychedelic drugs and drug precursors. The CND also helps ECOSOC to exercise high-level supervision over the implementation of the three conventions on narcotics as well all international contracts pertinent to illicit drugs.

Based on recommendations by the World Health Organization (WHO), the CND annually adds to, or removes from the list annexed to the three main conventions on drugs the names of some materials as narcotics, psychedelic drugs or drug precursors. The three main international drug control conventions include the Single Convention on Narcotic Drugs of 1961 as amended by the 1972 Protocol, the Convention on Psychotropic Substances of 1971 and the United Nations Convention against Illicit Traffic in Narcotic Drugs and Psychotropic Substances of 1988.