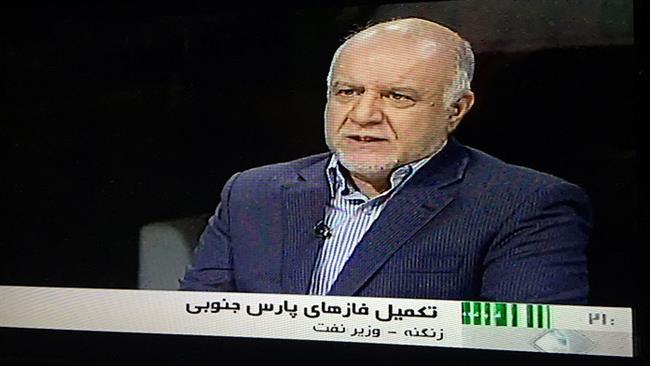 Iran plans $50 billion of investment to boost recovery from its shared oil and gas fields, including 700,000 barrels per day of crude, Minister of Petroleum Bijan Zangeneh says.

For production from shared fields, Iran lags behind its neighbors, which is a matter of concern for Zangeneh and other state officials, he told a live televised program, adding beefing up output from those reservoirs is a top priority.

At present, Iran produces 110,000 bpd from those fields in the southwest which is expected to rise to 260,000 bpd next year, Zangeneh said.

More than $20 billion is needed to boost recovery to 700,000 bpd, which would mark Iran’s fastest production growth at those fields, he added.

South Azadegan, Iran’s largest oilfield shared with Iraq, is the highest priority reservoir. Iraq started producing 210,000 barrels per day from the field in April 2014 and is targeting a production plateau of 1.8 million bpd.

Iran’s production from the field stands at 50,000 bpd, according to officials. Zangeneh said 17 rigs are currently spudding South Azadegan but this count has to be raised further.

In the gas sector, Iran needs $30 billion of investment in its giant South Pars field which the country shares with Qatar, Zangeneh said.

By the next two years, 25 phases of the field are expected to become operational, raising Iran’s production capacity to one billion cubic meters per day, he added.

Zangeneh said each phase adds 25 million cubic meters of gas to the national grid per day. Ten phases are already operational, with two more expected to come on stream and a third possibly to join the network this year.

The minister said projects will accelerate after the removal of sanctions which were mainly aimed at “bringing Iran’s petroleum industry to its knees”.

“The personnel of the petroleum industry, with their exemplary resistance, neutralized  those objectives,” he said.

Zangeneh said for Iran and other OPEC members, the oil price in the range of $70-80 is “acceptable”. He said members have to cut production in order boost prices from under $50 per barrel now.

“We are currently negotiating with OPEC members. But fortunately or unfortunately, each OPEC decision has to be approved by consensus and the implementation of the decisions is voluntary.”