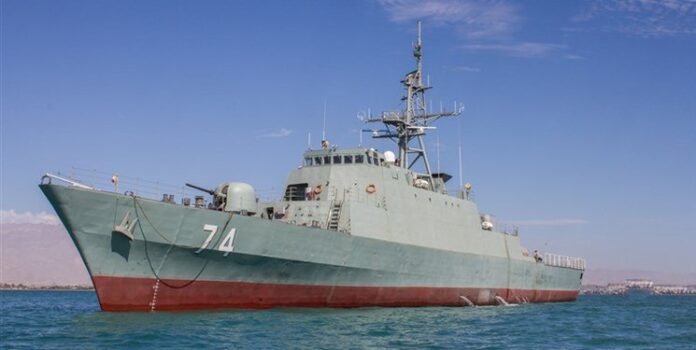 The Iranian frigate Sahand has arrived in the Russian port of St. Petersburg to participate in the naval drills of the Russian fleet.

The Makran forward base ship, which has supported Sahand in this long-distance journey will stop at the entrance of the Volga Canal due to the limitations of the naval parade site, including the shallow depth and size of the sea base.

Rear Admiral Hossein Khanzadi, Commander of Iran’s Navy has also left for St. Petersburg to attend the Russian Navy Parade which is held on the anniversary of the establishment of the Russian Navy.

Visiting Russia at the official invitation of Russian Defence Minister General Sergey Shoigu, Khanzadi is scheduled to attend the Russian Navy’s parade as a special guest.

The large naval parade of the Russian Navy will kick off on Sunday on the occasion of the anniversary of the formation of this force, and representatives of several countries will attend.