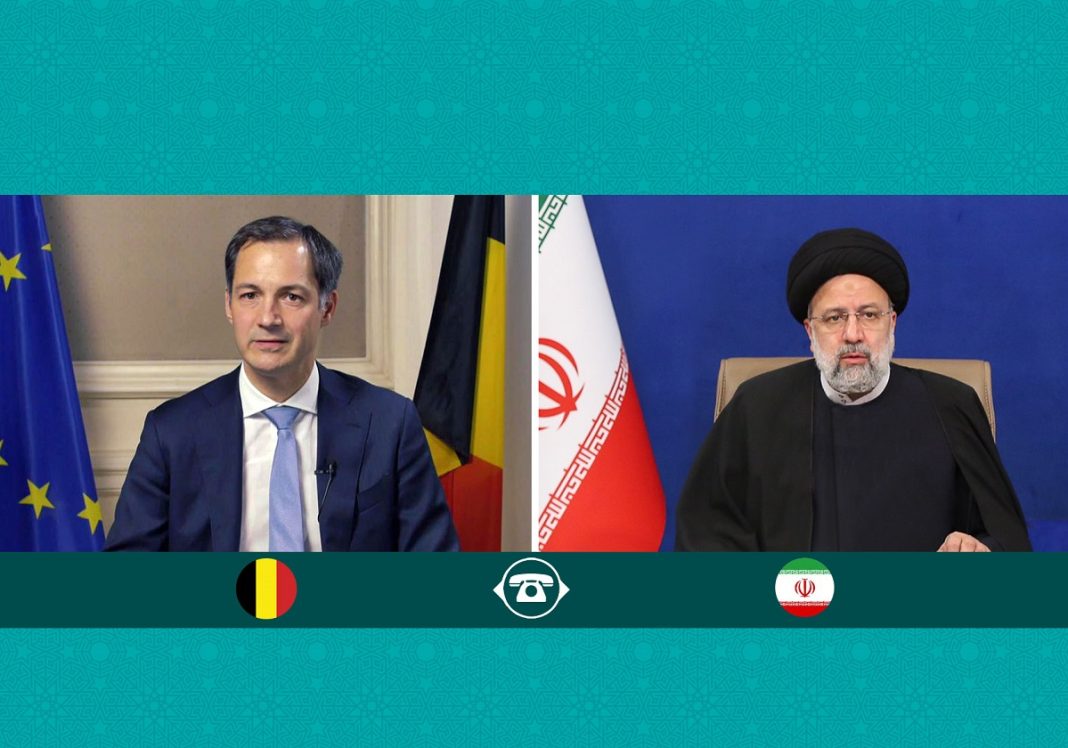 Raisi made the remark in a telephone conversation with Belgian Prime Minister Alexander De Croo.

He said Iran and Belgium have advanced their diplomatic relations based on mutual respect and shared interests over long years.

The Iranian president said realizing the possibilities in bilateral relations can pave the way for boosting cooperation between Tehran and Brussels.

The Belgian prime minister for his part also pointed to the longtime good relations between his country and Iran, describing them as highly important for Brussels.

Croo then expressed hope that the expanding trend of the relations and interactions between Belgium and Iran will continue properly with efforts of the officials of both countries.

He noted that Brussels seeks to strengthen bilateral ties with Iran, particularly economic and consular relations.