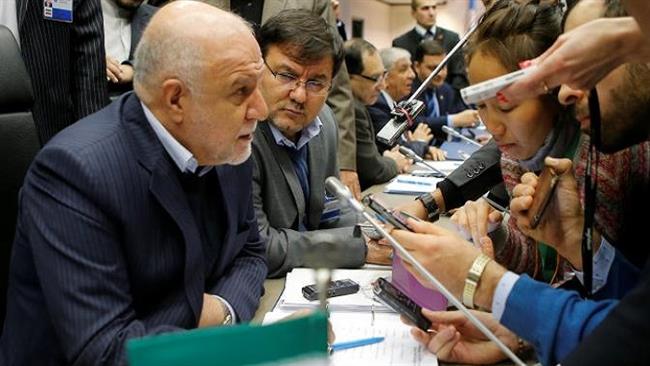 Reuters has quoted an unnamed source as saying that the Iranian President Hassan Rouhani and Oil Minister Bijan Namdar Zanganeh met with Iran’s Leader Ayatollah Khamenei to get his approval before the recent historic OPEC agreement.

According to a report covered by Fars, heading into the recent OPEC meeting in Vienna, the signs were not good. Oil markets went into reverse.

Just a few days beforehand, Riyadh appeared back away from a deal, threatening to boost production if Iran failed to contribute cuts.

But a phone call between Russian President Vladimir Putin and Iranian President Rouhani smoothed the way. After the call, Rouhani and oil minister Zanganeh went to Iran’s Leader for approval, a source close to the Leader told Reuters.

“During the meeting, the Leader Ayatollah Khamenei underlined the importance of sticking to Iran’s red line, which was not yielding to political pressures and not to accept any cut in Vienna,” the source said.

“Zanganeh thoroughly explained his strategy … and got the Leader’s approval. Also it was agreed that political lobbying was important, especially with Mr. Putin, and again the Leader approved it,” said the source.

On Wednesday, the Saudis agreed to cut production heavily, taking “a big hit” in the words of energy minister Khalid al-Falih – while Iran was allowed to slightly boost output.