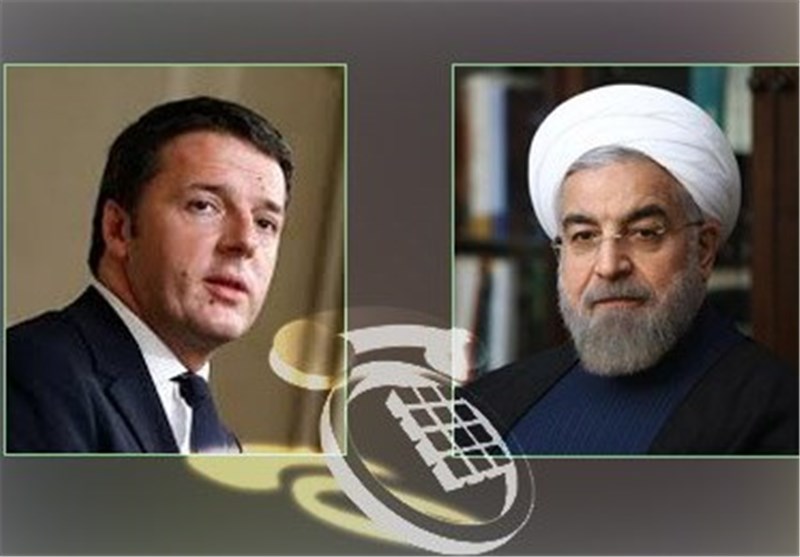 In a phone conversation with the Italian prime minister, President Rouhani has called for concerted efforts to fight terrorism in the world.

President Rouhani made a phone call to Italian Prime Minister Matteo Renzi to discuss a range of issues, including the postponement of his planned trip to Italy and Friday’s terrorist attacks in Paris.

In the telephone conversation on Saturday, Rouhani pointed to the coordination between the Iranian and Italian foreign ministers over his state visit to Rome, expressing hope that the trip will be made in “a more appropriate time” in the future.

He further pointed to the terrorist attacks in Paris and called for concerted efforts to fight terrorism in the world.

Renzi, for his part, emphasized that Italy is looking forward to the Iranian president’s trip, expressing hope that the visit would be made as soon as possible. He also stressed the need for a joint fight against terrorism.

Rouhani postponed his scheduled official visits to France and Italy a day after a string of terrorist attacks swept through the French capital.