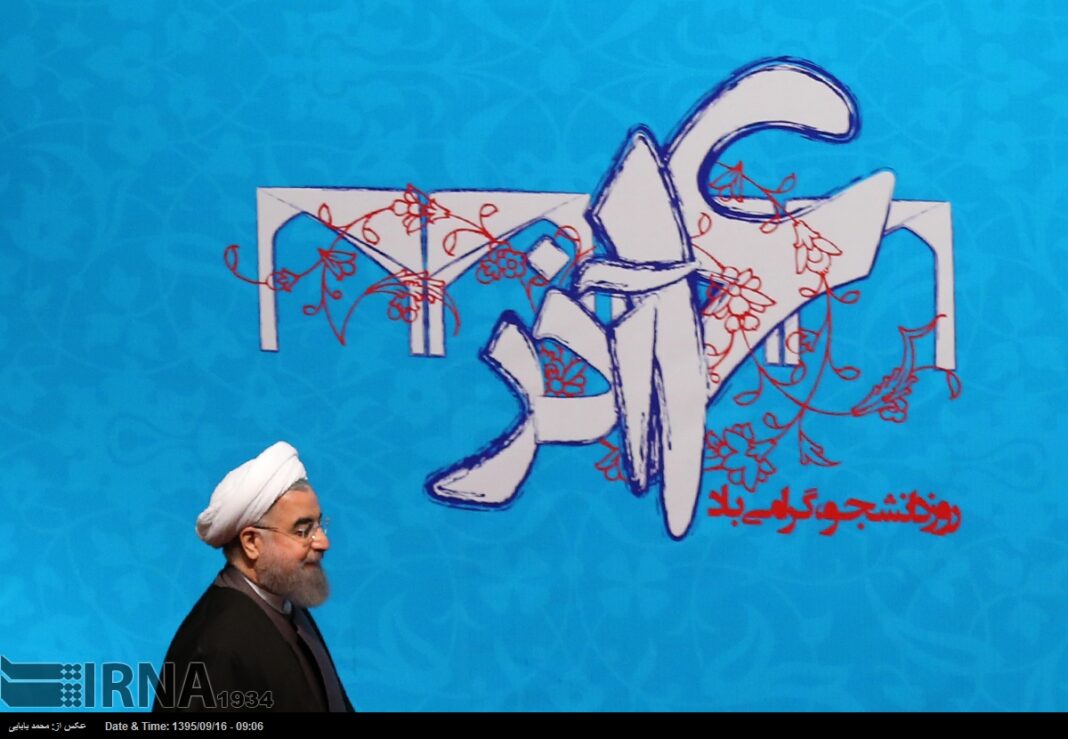 In a ceremony to mark Student Day, Iran’s President Hassan Rouhani met the students of University of Tehran and talked to them on various issues including freedom of speech, Trump’s election, and outcomes of nuclear deal.

According to a report by IFP, Iranian students and officials annually mark Student Day on December 6 [or sometimes 7], the anniversary of martyrdom of three Iranian students back in 1953 who were protesting at US President Nixon’s visit to Iran.

To mark the occasion, President Rouhani headed to University of Tehran, the Faculty of Literature, and spoke with students.

At the beginning of the meeting, a representative from the “Islamic Society” of University of Tehran hailed Rouhani as a president who prevented a war from happening, and urged him to take serious action against organized corruption.

“We are worried that a government would replace yours [in the upcoming elections] that endangers the country once again,” the representative noted.

Meanwhile, the representative of “Student Basij” criticized Rouhani for preferring his government’s interests to honesty.

Freedom of Speech in Iran

After many harsh criticisms were raised against Rouhani and his government, Rouhani said, “I really enjoyed all the things mentioned by representatives of students in different ways. They were really beautiful. This is what we expect from university students.”

He hailed the level of freedom of speech in Iran, and stressed that under his administration, “Iranian students feel free to say whatever they want before the country’s President without any concern and censorship.”

“Nowhere in the world can you see the political independence we now have in Iran,” he added.

He asked students to criticize the president in a good tone, as recommended by the Holy Quran.

“I believe you should also criticize other branches of the Iranian Establishment,” Rouhani noted. 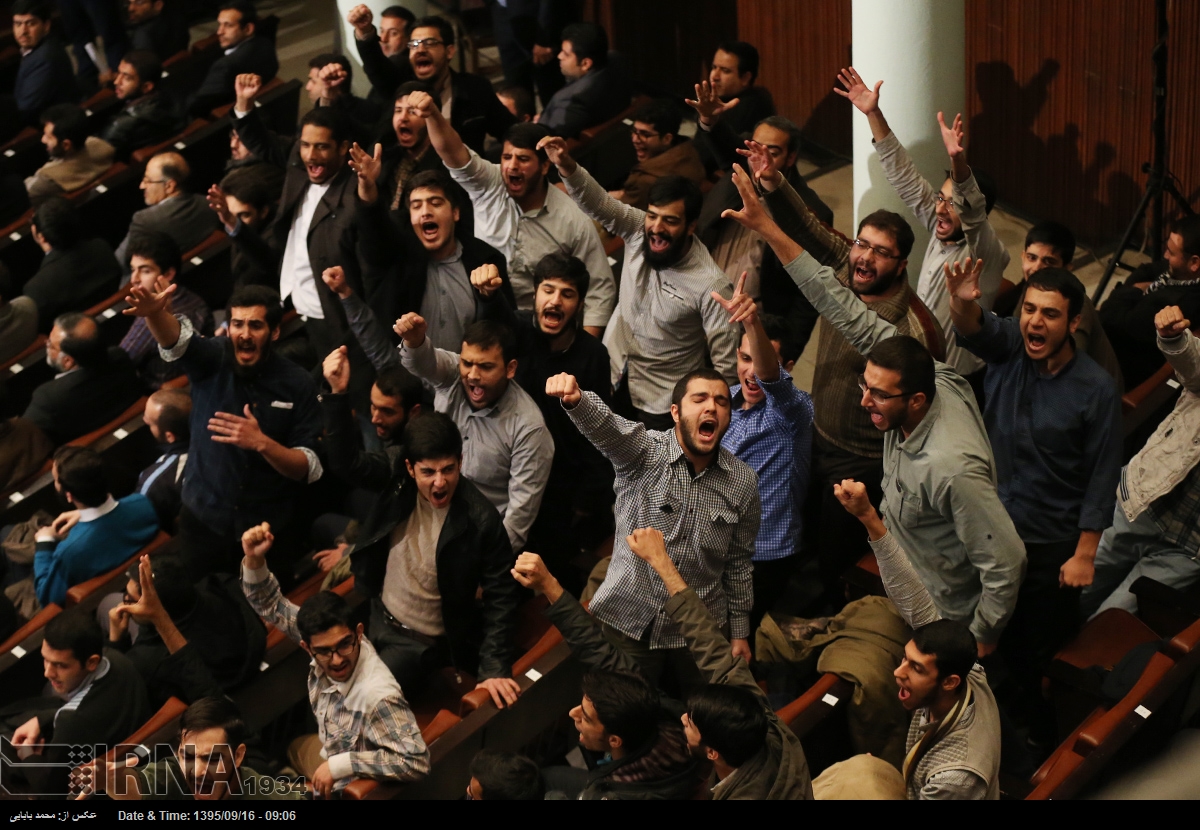 Perhaps in response to members of IRGC’s Basij [volunteer] Force, who called Rouhani a non-revolutionary and dishonest president, Rouhani tried to calm down the atmosphere by saying that “Basij is not a group belonging to specific people.”

“If the country is threatened someday, we are all members of Basij,” he added.

“Whatever success we achieve was because of unity. Our thoughts and tastes are not the same, but we have common causes,” Rouhani noted.

He also referred to the hard-liners’ criticisms of the nuclear deal, particularly after the US violation of its commitments, and said, “Don’t worry! This is what I tell my revolutionary and ‘worried’ friends. The committee responsible for monitoring JCPOA implementation will have a meeting tomorrow in this regard.”

Trump’s Election and Its Influence on Nuclear Deal

He further referred to the election of Donald Trump as the US President and said, “A guy has been elected in the US votes. Look how other countries are shaking. The only country that is neither happy nor sad is Iran.”

“Whatever plan this guy [Trump] has, it will become clear in future; but we are going on our own way. He claims to have lots of plans, he wants to scrap the nuclear deal, but will the Iranian nation let him do that? US cannot influence Iran’s will and resistance,” he added.

Rouhani further noted that all the moves made by the government in the course of nuclear talks and JCPOA were coordinated with the Leader of the Islamic Revolution Ayatollah Seyyed Ali Khamenei.

“We had meetings with the Leader and the letters are all available,” he stressed.

“All anti-Iran sanctions, except for banking restrictions, have been totally lifted after the nuclear deal. We are now cooperating with small and medium-sized banks,” Rouhani said.

“In the past, we had to pay 10 to 20 percent commission fees for transfer of our petrodollars, but now JCPOA has resolved the issue for us, and we no longer have such problem,” he went on to say.

“Our power of negotiation with others originates from the Iranian nation,” he added.

“I ask you a question: are we now free to sell our oil or not,” he asked, hailing the ‘great job’ Iran’s Oil Minister Bijan Namdar Zanganeh did in the recent OPEC meeting.

“We actually restored our right,” Rouhani noted, saying that the country is now free to sell its oil.

“All countries in the world are pleased with the nuclear deal, because they can have interaction with us,” he added.