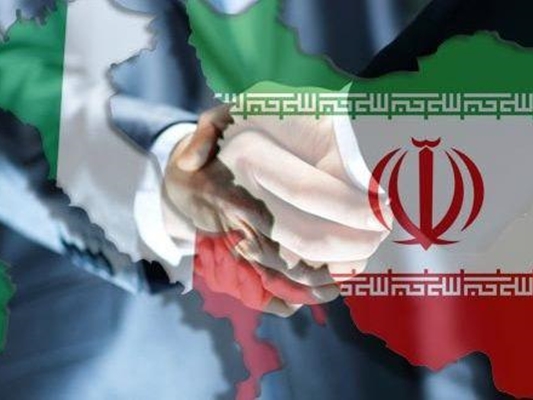 An Iranian lawmaker says Parliament's support for private sector activities in the domestic and international arena can be a significant point for the development of Iran-Italy relations.

Mohammad Reza Pour-Ebrahimi, the head of the Economic Commission of Iran’s Parliament, said the history of relations between the Islamic Republic of Iran and Italy, which enjoy a rich historical, cultural and civilian background, proves how both countries are interested in commonalities.

“Diplomatic relations between the Islamic Republic of Iran and Italy in more than one and a half centuries have always been developing despite some ups and downs. The ties between the two countries are among the few that have such a historical background.”

“In recent years, diplomatic relations have always been maintained, and the two sides have been trustable partners for each other,” ICANA quoted the MP as saying in a Farsi report.

Pour-Ebrahimi also added that bilateral relations, despite the adoption of unfriendly stances by some countries towards Iran’s peaceful nuclear program, have been at a good level, and high-level talks have been held between the presidents, vice presidents and foreign ministers of the two countries.

“According to the data provided by Iran’s Customs, in the past ten years, the largest volume of goods trade between the two countries (imports and exports) reached over $ 2.3 billion, which was halved after the imposition of sanctions. Fortunately, it seems that in the last few years this has stopped and trade between the two countries has regained its upward trend. It is expected that with the efforts of political and economic activists, the level of Iran-Italy trade will surpass this figure to reach an acceptable level.”

He also noted that Iran expects the international community, especially the European Union and Italy, which has a history of long-standing friendship with Iran, to take more solid steps to implement the JCPOA and remove barriers in doing business activities. He further stated that there are some problems and restrictions in the banking and financial areas that are not related to the nuclear deal, and prevent the normalization of the conditions in this area.

“Iran’s Parliament is responsible for fundamental policies of the country and plays a major role in developing economic relations with other countries. As a legislative body, the Parliament has always adopted two approaches: to boost and develop the private sector, and to support foreign investment. It has also passed laws to achieve these goals,” the MP went on to say.

Pour-Ebrahimi also pointed out that as productive investment serves as the main engine of economic growth and development in countries, the Parliament has sought to attract, encourage, support and facilitate the flow of foreign capital to the country through the adoption of the Law on the Promotion and Protection of Foreign Investments.

“Tax exemptions, visa facilitation, non-commercial risks coverage, placing no limitations in terms of the  amount and type of investment, allowing foreign state-owned companies to invest, referring commercial arbitrations to the international bodies, facilitating the process of issuing licenses and other things, were among the incentives and facilities that are foreseen in this law.”

He once again stressed that the Parliament’s support for private sector activities in the domestic and international arena can be a significant point for the development of relations between the two countries saying that this capacity must be used to expand and economic relations between Tehran and Rome.