Iran’s nuclear talks on course to making US show commitment 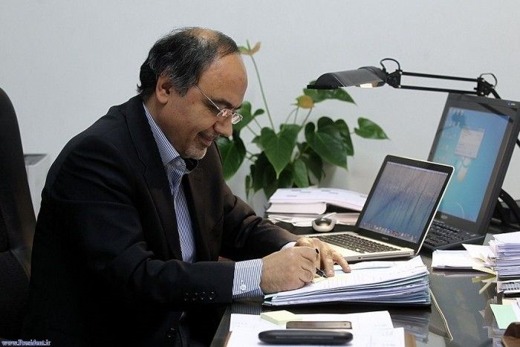 The deputy chief of staff for political affairs in President Rouhani’s Cabinet has said that Iran now lies at the core of US politics, both domestically and internationally.

President Rouhani’s deputy chief of staff for political affairs has said that a [possible] nuclear agreement is on course to securing full US commitment.

Hamid Aboutalebi made the statement on his Twitter page, adding now that President Obama, after lengthy heated debates, has signed a congressional bill [which gives Congress the power to review and potentially reject a nuclear deal with Iran] into law, the political and legal realism has taken a big step toward the kind of integrity which is needed for clinching a [nuclear] deal with Iran.

The following is the translation of a report by Khabaronline.ir on May 24 on Aboutalebi’s tweet:

This means: A) Nuclear agreement with Iran has landed on course to securing the full commitment of the US; B) Interaction with Iran will secure bipartisan approval in the US; and C) Iran’s regional power to solve the existing [regional and global] problems has won national approval in the US and around the world, he said.

The legal and political realism is the prevailing school of thought in the US which gives shape to the country’s legal-legislative mindset and political decision-making, he said, adding the totality of the political structure follows [the outlines of] such realism.

“The US was not ready to accept Iran as a big power which is valid enough to sign an international deal at this level. Although it was tough for the Americans to resign themselves to this fact, the signature of Congress Review of Iran Nuclear Deal Bill has turned the tide.

“What matters now is the fact that both Congress and the US administration should sign the agreement with this big power [Iran]; this is the other side of the coin in this diplomatic dispute [a reference to nuclear talks with Iran]”, he wrote.

Aboutalebi went on to conclude that Iran now lies at the core of US politics, both domestically and internationally.

“Unwittingly, the US Congress and Obama pursue the same objectives, and all their efforts – congressional bills, Camp David summit of Arab nations, bolstering [US] agreements, and bringing allies on board … – are organized to that end”.

He further said this is what the US used to do before signing other international pacts in order to convince Europe and its allies that the pact in question served the interests of all. This agreement [nuclear deal with Iran] becomes Obama’s legacy.

“When an agreement between Iran and P5+1 goes before Congress, it means national and international approval is around the corner for the agreement – like other valid pacts, albeit under a different name,” he added.

The world’s public opinion and the American people will not let Congress do anything other than approve [the deal], he said, adding that failure to pass the [Iran] deal will lead to US isolation on the world stage and spawn domestic problems for Washington, he said.

“The agreement will spark off a debate on what matters more: the national path (the US administration and Congress) the agreements go through to be approved or the name these agreements carry?

Hamid Aboutalebi was a former ambassador of Iran to Australia, the European Union, Belgium and Italy, and the political director general at Iran’s Ministry of Foreign Affairs. He was part of Iran’s UN delegation in New York in the 1990s.
› Subscribe
Share
Facebook
Twitter
ReddIt
Email
Print
Telegram
WhatsApp
VK
LINE
Viber