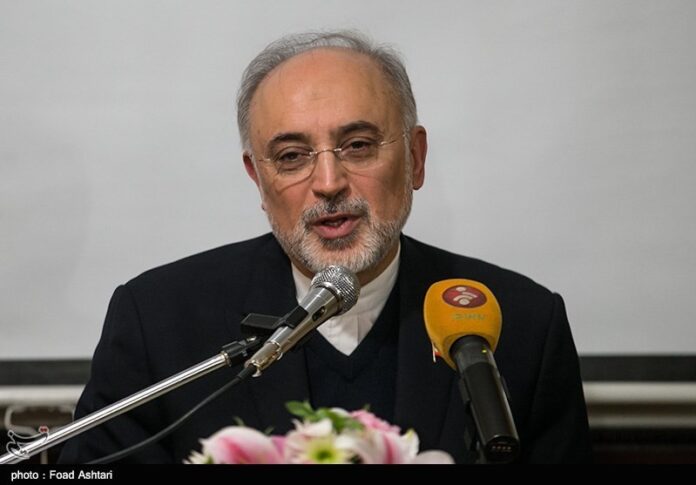 “The IRGC’s recent (missile) war game was definitely not in breach of the JCPOA, since our missiles have not been designed for (carrying) nuclear warheads,” Salehi told reporters in Tehran on Tuesday.

While Iran has undertaken under the JCPOA not to design any missiles with the capability to carry nuclear warheads, the country’s other activities in the military sphere will go on routinely, he added.

Asked about the US threats to re-impose sanctions against Iran, Salehi said Tehran will keep doing what it deems necessary for its national interests.