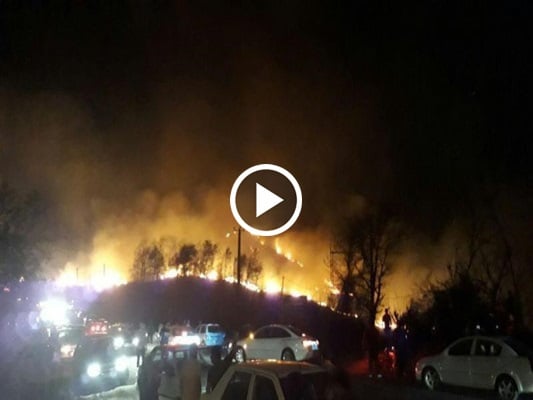 Jungles in parts of Gilan province in northern Iran caught fire on Saturday night, a provincial official said, leaving no casualties but consuming hundreds of hectares of forests.

Mehdi Valipour, the provincial head of Iran’s Red Crescent Society, said that firemen and environmental forces are working to extinguish the fire before it could spread and create more havoc.

“Considering the strong warm wind in the area, the fire could spread to other regions,” he told Mehr News Agency in a Farsi interview on Saturday night, expressing hope it could be put out by Sunday morning.