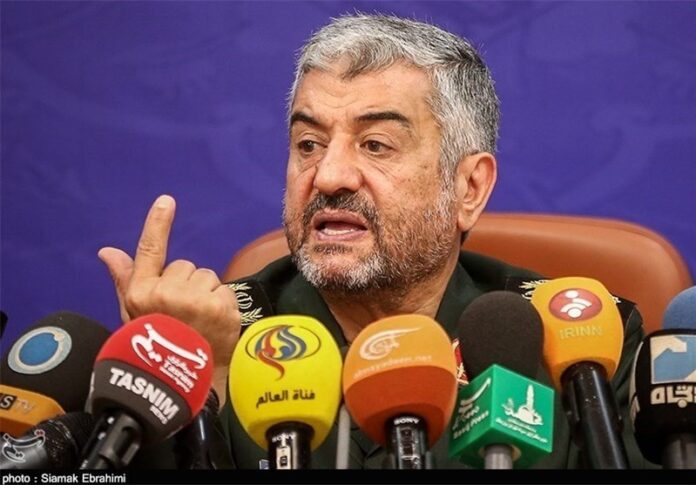 Commander of the Islamic Revolution Guards Corps (IRGC) Major General Mohammad-Ali Jafari on Thursday, July 21, highlighted the country’s preparedness to counter any threat, particularly in the Persian Gulf, where the IRGC Navy is ready to fight US warships.

“In the Navy, we have very good conditions. Today, we are ready to seize the ships that trespass on the Persian Gulf and send the US warships into the depths of the Persian Gulf thanks to the power of our Navy,” General Jafari said in an address to a group of IRGC Navy commanders in Mashhad.

“Certain countries in the region like Saudis have joined the group of Iran’s clear enemies, spending large sum of money to spread insecurity in the country,” he went on to say.

“These days, huge prices are paid for creating insecurity in Iran; however, the enemies’ hostile plots have thus far been foiled thanks to the full preparedness of Iranian armed forces.”

He went on to say the IRGC has the mission to safeguard the Islamic Revolution both rightly and on time.

“During these years, efforts have been made to downgrade the IRGC’s role to a merely armed group that only deals with defence and war, and behaves like other armed forces in the world,” General Jafari said in criticism of such efforts, according to a report by Tasnim, as translated by IFP.

“The IRGC cannot limit its duty to armed protection of the Islamic Revolution, because the nature of IRGC requires its supervision over the Revolution.”