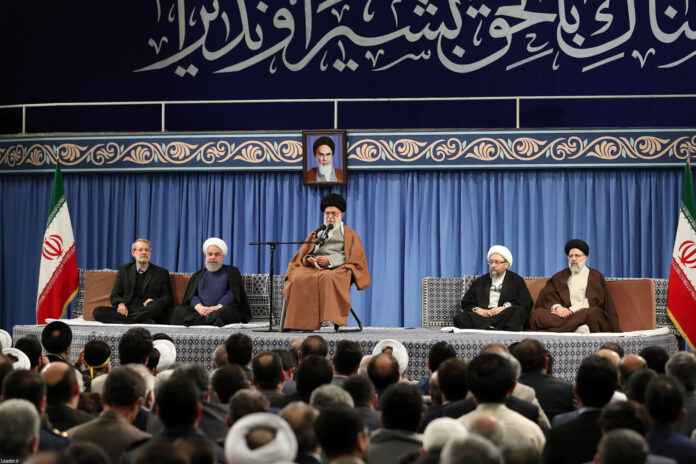 The Leader of Iran’s Islamic Revolution has urged people to work in tandem with officials to ease the sufferings of those affected by floods across the country.

Ayatollah Seyyed Ali Khamenei made the call in a meeting with a host of officials, ambassadors of Islamic countries and people from all walks of life.

The Leader said the Iranian people have always volunteered to help their compatriots at times of natural disasters. Ayatollah Khamenei said people’s participation could further encourage the government to press ahead with relief operations.

The Leader said the damage inflicted to homes and agricultural fields should be repaired and compensated for.

However, he said, much remains to be done in flood-hit areas, which can be handled through the cooperation of people and authorities.

Elsewhere in his remarks, the Leader said the animosity towards the Islamic Republic emanates from hostility to Islam and monotheism.

Ayatollah Khamenei said the United States and its cronies such as the Al Saud regime will not settle for anything less than giving up the path for monotheism. He said if the Iranian nation continues to move on its current path, it will definitely defeat the enemies such as the U-S and its puppets.

The Leader said confrontation between “monotheism and tyranny” is inevitable. He said God Almighty has ordained that good win over evil.