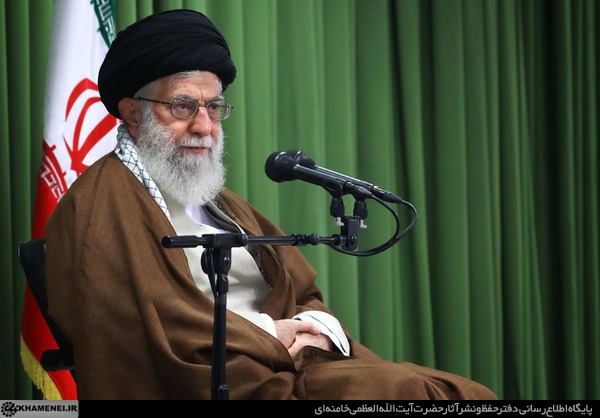 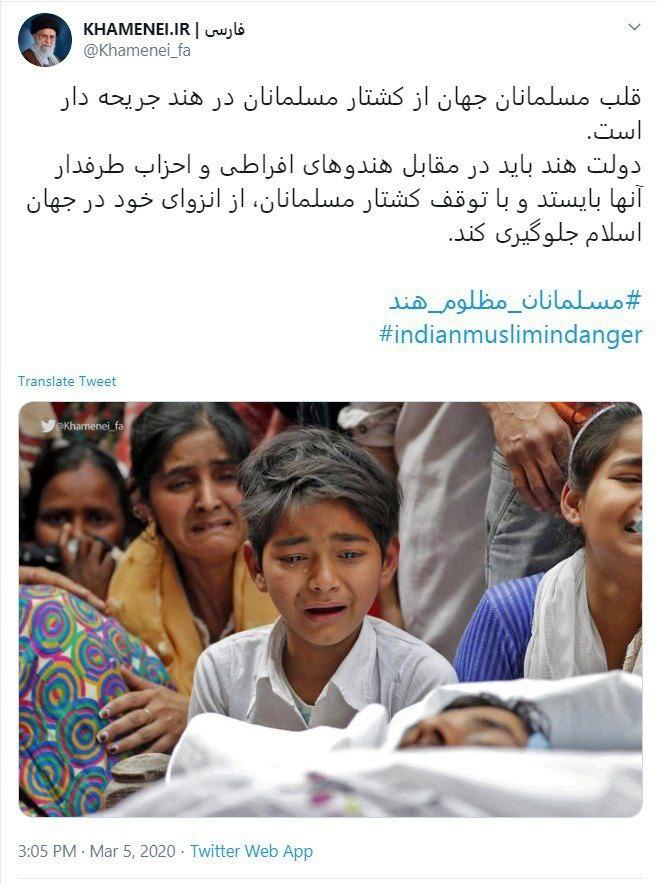 Ayatollah Khamenei in a post on Twitter called for the end of the tragedy in India, stating that the hearts of the world’s Muslims are aching due to the recent massacre.

He said the government of India is obliged to stand up to the extremist Hindus and their proponent parties.

Ayatollah Khamenei also stated that the Indian government must stop its isolation in the Muslim world by stopping the killing of Muslims.

The violence came following protests by India’s Muslim minority against the Indian government’s approval of a controversial law last December.

The law offers a path to Indian citizenship for six religious groups from three neighbouring countries, but specifically excludes Muslims. Critics say the law is discriminatory and comes in the wake of other severe government measures against the country’s Muslims such as withdrawal of autonomy for Muslim-majority Jammu and Kashmir province.

While Muslims are being murdered in India, the world is very slow to condemn the massacre. The violence saw the Hindu mobsters setting mosques on fire and burning Muslims alive in their homes or dragging them out into the streets and lynching them.