Iran’s Irreversible commitments will deliver a blow to national interests 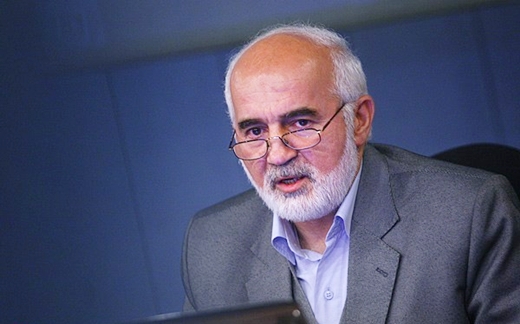 Ahmad Tavakoli, a Tehran MP, has said that giving in to restrictions on the defense front will make the country vulnerable to yet another war.

A Tehran MP has warned that Iran’s acceptance of defense restrictions translates into the collapse of a thick wall which can ward off yet another war against the Iranian nation.

Ahmad Tavakoli said this in remarks aimed at fellow MPs in parliament on Tuesday as he elaborated on the demands of the parties to nuclear talks and on the Iran nuclear deal and UN Resolution 2231. The following is the translation of part of a report Tavakoli’s website (alef.ir) released on his speech in parliament:

The West, led by the US, imposed sanctions – an unprecedented move in world history – through the UN Security Council, the US administration and Congress as well as the European Union, seeking to – in their own words – cripple Iran and force it to totally discard uranium enrichment and send everything even the bolts and nuts of its centrifuges to the United States. It is quite clear that such a demand ran counter to the related [international] treaties and we all know that the West’s acquisitive demand was not met.

The West claimed that Iran was seeking to develop an A-bomb, saying that the country should let the IAEA inspect all suspected [nuclear] sites to verify Iran’s assertion that it deems development of nuclear weapons as religiously banned. Under such an excuse, the West had also called for inspection of Iran’s military sites as well.

Iran, which was confident [that it had done nothing wrong], fully accepted the inspection of nuclear facilities, so this Western demand was met with Iran losing nothing. As for military sites, the Iranian negotiating team agreed to a limited inspections regime. Iran and the UN nuclear agency agreed on part of such a secret mechanism. It is now impossible to assess how many concessions Iran has given as far as inspection is concerned, because the information available is sketchy.

The West asked Iran to act based on what we say – there is a religious ban on the development of atomic weaponry – maintain materials, equipment and measures which are in keeping with a peaceful nuclear program and stop, close down, move or export the rest, or even change the processes. Accepting a number of these demands conforms to the country’s interests; in fact, the acceptance by the Iranian nuclear team resembles a case in which something worthless is offered for charitable purposes.

Other demands, especially those commitments which are irreversible, will pose grave threats to Iran’s national security and interests. It is still unclear whether unjust sanctions will be lifted and whether people can feel a sense of relief in their lives.

The West’s recognition of Iran’s right to enrichment was the main demand of the Iranian government and nation. This right has been openly recognized in the Joint Comprehensive Plan of Action (JCPOA) and Resolution 2231. This victory – as Dr. Zarif correctly put it – which is the fruit of all [Iranian] governments and the resistance by the Iranians has been achieved on the back of the martyrs’ blood and the Supreme Leader’s support and guidance. There is no denying that the painstaking and praiseworthy efforts of the negotiating team also played a role.

Iran also demanded all sanctions be lifted in parallel with Iran starting to honor its commitments. Why did we insist – and still insist – that sanctions should be immediately removed? Because the unjust sanctions have been imposed on Iran to paralyze its economy. They [the Western countries] failed to achieve their unholy objective thanks to Iran’s resistance, but the national economy and people’s pocketbooks took a hit from several angles.

First, trade and banking sanctions resulted in a high inflation rate and a deep recession thanks to costly imports. Second, oil sanctions shrank the government’s revenues and the coffers of the National Development Fund as well as the country’s foreign exchange reserves. This left an adverse impact on the government’s efforts to offer services [to people] and decreased the non-state sector’s investment potential and hard currency resources which were needed to support national production.

Third, the sanctions also heightened the risk of future uncertainty, reduced [foreign] investment [in Iran] and caused capital flight. According to my uncalculated estimate, these factors – combined – account for one-third of the problems Iran is grappling with, and domestic factors are to blame for the better part of poverty and unemployment in Iran. One-third is not small, is it?

Do JCPOA and Resolution 2231 meet Iran’s legitimate demand for termination of sanctions? To begin with, Iran is expected to implement all 39 commitments – which have been enshrined in Article 15 of Annex V – within the next six months, the IAEA verifies and reports Iran’s measures [to the West] and then the West will begin to suspend, not lift, the sanctions. With regard to the agency’s unfair behavior, is there any guarantee that they [the Western countries] will not seek excuses not to suspend the sanctions – let alone lift them?

The UN Security Council has apparently cancelled its previous six resolutions against Iran by adopting Resolution 2231, but the Resolution’s Articles 11 and 12 have openly talked about the automatic reversibility of the sanctions following a US note or claims about Iran’s violation of one of its commitments without calling for [enough] evidence. This has also been approved of by Iran’s negotiators. Given the Western side’s animosity [toward Iran] and its history of untrustworthiness, how likely do you think the sanctions are to be removed and result in improvement of people’s lives? There are many instances like this in these two documents, I regret to say. As things stand, can one say with certainty that one key demand – removal of sanctions which the Iranian government and nations were rightfully seeking to achieve – is achievable?

It is said that Iran reserves the right of reversibility. If so, what will happen? All sanctions will snap back into place and talks will be back to square one, there is a big difference, though. They will be back into the starting point, but what about Iran which has lost part of its bargaining power such as enriched [uranium] stocks, removal of the core of the Arak reactor, etc.? Iran would not be able to negotiate from a position of strength.

Before we lose our bargaining power, we need to act prudently and force the untrustworthy West to lift, not suspend, the unjust sanctions so that the pain the Iranian people are feeling because of sanctions can be eased. To that end, we should abide by the Supreme Leader’s wise order which has been repeated in recent weeks in different wordings: “The text [of JCPOA] should be reviewed carefully as it goes through the planned legal channels; in case of its approval, we need to be watchful about and prevent the possible violations, by the other side, of the document”.

Under our Constitution (Articles 77 and 125), parliament and government are the legal channels JCPOA and the UNSC Resolution should go through for approval. They are expected to go out of their way to guarantee that Iran’s right to enrichment is recognized and people’s demand for the removal of sanctions are met. Implementation of JCPOA is what the government is calling for. This [implementation of JCPOA] will not materialize unless Iran acts constitutionally: the passage of a bill in the Cabinet, submission of the bill to the Islamic Consultative Assembly, and its adoption in parliament followed by the Guardian Council’s confirmation.

According to [part of] the Constitution’s Article 176, the Supreme National Security Council (SNSC) can only make policies which should secure the Leader’s approval [Determining the defense and national security policies within the framework of general policies determined by the Leader]. The SNSC is not allowed to pass executive obligations unless the Supreme Leader acts on his religious powers and the Constitution’s Articles 57 and 110 and tasks the SNSC with passing executive obligations. The Leader delegated the task to the legal channels, refraining from issuing a state edict.

Over the past 23 months, the American side has repeatedly said that military option is on the table. A question arises here as to why this threat has yet to be carried out. If Iran’s defensive capabilities have been – for sure they have been – a key factor in preventing a military offensive, what will acceptance of restrictions like what has been included in Resolution 2231 earn the country: peace and security or war and insecurity?

I want to warn you that accepting any defense restrictions translates into the collapse of a thick wall which can ward off yet another war against the Iranian nation.