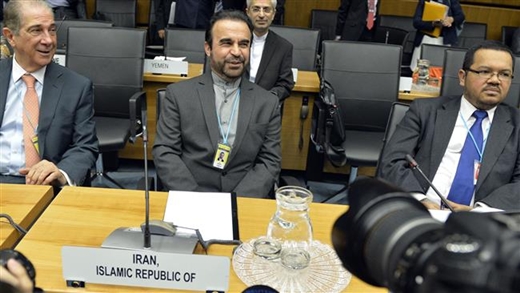 The roadmap signed between Iran and the IAEA is not part of JCPOA, said Reza Najafi.

Iran’s envoy to the International Atomic Energy Agency (IAEA) has rejected foreign media reports claiming that Iran and the agency have signed secret agreements as annexes to the text of the Joint Comprehensive Plan of Action (JCPOA) concluded by Iran and the P5+1.

On Friday, Reza Najafi said that Iran and the IAEA signed a roadmap in the Austrian city of Vienna on July 14, which comprises “two separate sets of steps” to be taken by the two sides.

“These sets of steps include technical details, and are considered completely confidential,” said the Iranian official, emphasizing, however, that the roadmap, whose content is confidential, is not a part of JCPOA.

He also said that it is natural for the IAEA and its member states to have agreements with confidential content.

Iran and the IAEA announced the signing of the roadmap on the same day that the Islamic Republic and P5+1 – Russia, China France, Britain, the US and Germany – successfully concluded their marathon talks in Vienna and finalized JCPOA.

After signing the roadmap, IAEA Director General Yukiya Amano said it “sets out a clear sequence of activities over the coming months, including the provision by Iran of explanations regarding outstanding issues. It provides for technical expert meetings, technical measures and discussions, as well as a separate arrangement regarding the issue of Parchin [site].”

On Thursday, White House Press Secretary Josh Earnest also said that the agreements between Iran and the IAEA do not “represent some sort of side deal” to JCPOA.

On Wednesday, JCPOA turned into an international document after the UN Security Council unanimously endorsed a resolution under which the IAEA will continue to verify Iran’s compliance with its nuclear-related commitments under JCPOA.