Iran’s FM Pleased with Release of US Sailors through Diplomacy 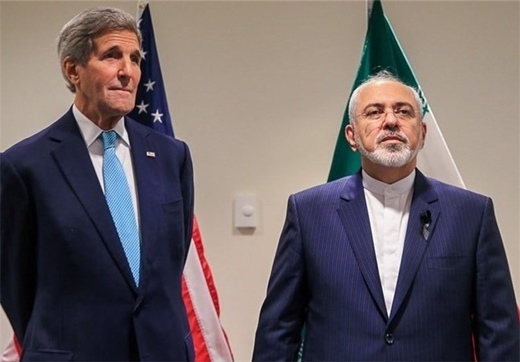 Iranian Foreign Minister Mohammad Javad Zarif on Wednesday expressed his pleasure with the swift diplomatic resolution of the recent case of US sailors captured in Iran’s territorial waters, and expressed the hope that the issue would become a model for future cases.

“[I am] happy to see dialog and respect, not threats and impetuousness, swiftly resolved the [US] sailors’ episode,” Zarif said in a post in his Twitter account.

“Let’s learn from this latest example,” he added.

Iran’s Foreign Ministry Spokesman said the communication between Foreign Minister Zarif and US Secretary of State John Kerry accelerated the release of the sailors.

The issue of US sailors detained by the Iranian naval forces was pursued in a phone call between Kerry and Zarif, and the grounds were set for its swift resolution, he added.

Cooperation for the facilitation of safe navigation based on the principles of international law and dealing with extraordinary cases humanitarianly has been and will be the main criteria for the Iranian Armed Forces in their missions in the Persian Gulf and Sea of Oman, he went on to say.