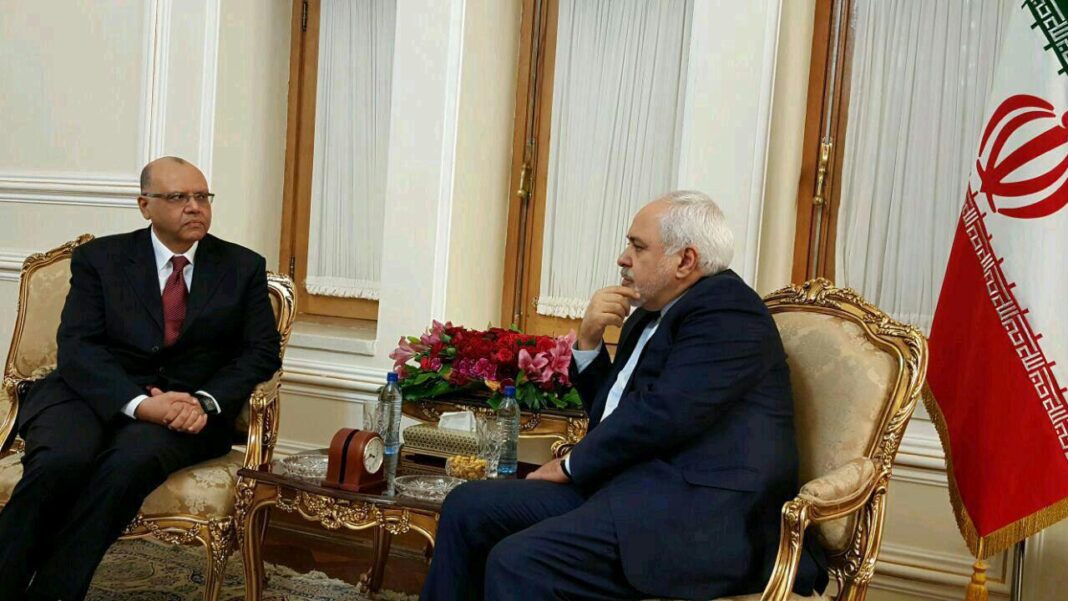 In a meeting on Monday, Iranian Foreign Minister conferred with Yasser Othman, the head of Egypt’s Interests Section office in Tehran, on regional issues and bilateral ties.

Iran’s Foreign Minister Mohammad Javad Zarif received the Egyptian diplomat in the Ministry of Foreign Affairs in Tehran after months of speculation over the future of relations between the two countries.

Egypt does not have an embassy in Iran. The relations between the two countries turned hostile following the Islamic Revolution in Iran in 1979.

After years of strained atmosphere, the two sides agreed to set up Interests Section offices in 1991 under President Akbar Hashemi Rafsanjani’s administration.

Steps were taken under President Mohammad Khatami and Mahmoud Ahmadinejad’s administrations to upgrade ties to embassy level, but led to no tangible outcome.

The two Middle Eastern countries, however, found common ground in the Syrian conflict as both emphasized the necessity for finding a political solution to the crisis.

Back in October, Hossein Amir Abdollahian, a senior advisor to Iran’s parliament speaker, praised Egypt for its “constructive and useful” positions on the Syrian crisis and campaign against terrorism.

In a meeting with Othman, Amir Abdollahian said “Iran and Egypt are two big and influential countries which can play a constructive role through mutual cooperation in the region to help soothe tensions.”

Othman also said that Iran plays an important role in the region and called for increased consultations between the two countries to ameliorate the volatile situation in the region.

Egypt’s stance on the Syrian crisis was close to that of Saudi Arabia during Mohamed Morsi’s tenure, as they both criticized Iran for supporting Syrian President Bashar al-Assad.

But things have changed since the ouster of Morsi and the ruling Egyptian government’s stance on the Syrian crisis has tilted towards that of Iran and Russia.

In October, Egypt voted in favour of a Russian-drafted UN resolution on Syria, a move that angered Saudi Arabia, Tehran Times reported.

Things may have taken a further turn in November, when Saudi Arabia informed Egypt that shipments of oil products expected under a $23 billion aid deal have been halted indefinitely.