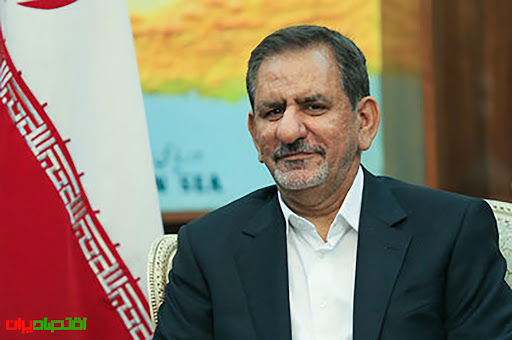 Iran’s First Vice-President Es’haq Jahangiri will attend the 19th meeting of the Shanghai Cooperation Organization (SCO) Council of Heads of Government, which is to be held via videoconference on November 30, 2020.

The Monday meeting will also be attended by the Prime Ministers of the SCO Member States of Russia, China, Kazakhstan, Kyrgyzstan, Tajikistan and Uzbekistan.

Pakistan will be represented by the Parliamentary Secretary for Foreign Affairs.

The meeting will also be attended by Afghanistan, Belarus, and Mongolia, which along with Iran are the four observer states taking part in the virtual summit.

The President of Afghanistan, the Prime Minister of Belarus, and the Deputy Prime Minister of Mongolia are the top officials attending the meeting, according to a statement by the Ministry of Foreign Affairs of India, the host of the summit.

Turkmenistan has been invited as a Special Guest of the Host and will be represented by the Deputy Chairman of the Cabinet of Ministers.

The two bodies of SCO will be represented by the SCO Secretary General and the Executive Director of the SCO Regional Anti-Terrorist Structure (RATS). The Chairmen of the SCO Business Council and the SCO Interbank Association will also be present.

The Summit is held annually at the level of Prime Ministers of SCO and deals primarily with the trade and economic agenda of the organization.