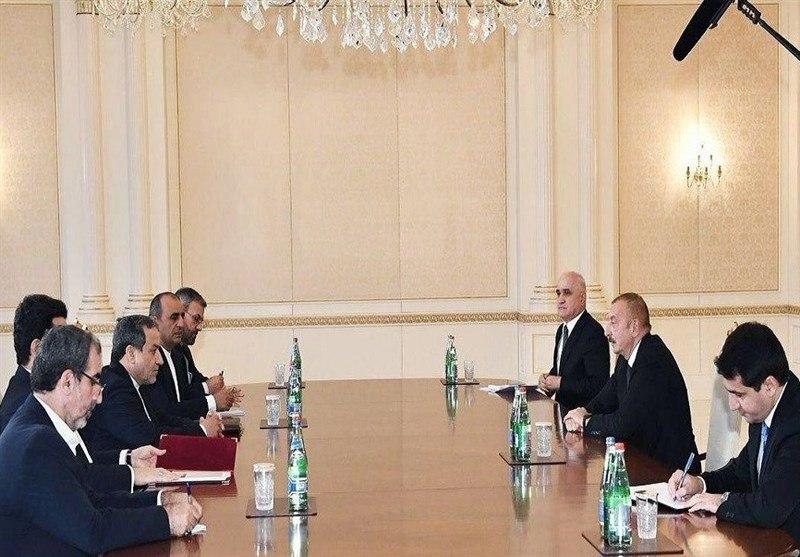 Iran’s Deputy Foreign Minister for Political Affairs has sat down with the Azerbaijan Republic’s President Ilham Aliyev in the Azeri capital, Baku.

In the meeting, Araqchi presented to the Azeri president Iran’s initiative to help end hostilities between the Azerbaijan Republic and Armenia in the Nagorno-Karabakh region.

“Today, in a lengthy, positive and constructive meeting, I submitted to Mr. Ilham Aliyev, the president of the Azerbaijan Republic, Iran’s regional plan to help put an end to the Nagorno-Karabakh conflict,” said Araqchi in a tweet after his meeting with Aliyev on Wednesday.

As Iran’s special envoy, Araqchi arrived in Baku early Wednesday, October 28, 2020, to help settle the Nagorno-Karabakh crisis and the conflict between the Azerbaijan Republic and Armenia.

“This trip is a whistle-stop tour of the countries which are influential in putting an end to the recent clashes between the Azerbaijan Republic and Armenia,” said Araqchi of his trip.

“The main purpose of this visit is to offer Iran’s initiative to resolve this conflict and establish lasting peace between Armenia and the Azerbaijan Republic, and in the whole region, for that matter,” he said.

“The framework of this initiative is ready and will be discussed with Azeri officials, and this plan can, in several stages, establish lasting peace and put an end to the existing differences and, of course, the occupation of the Azerbaijan Republic.

Later in the day Araqchi left Baku for the Russian capital, Moscow.

Upon arrival in Moscow, he told reporters that the differences between Baku and Yerevan have not been settled in three decades.

‘The Minsk Group created [in 1992] by the Conference on Security and Cooperation in Europe (CSCE), now Organization for Security and Cooperation in Europe (OSCE)) failed to resolve divisions between Azerbaijan and Armenia in 30 years, and Iran, with its initiative, seeks to end differences between Baku and Yerevan through regional cooperation,” Araqch added.

“Now, three rounds of ceasefire have been proposed by different countries and have been established, but were almost immediately violated,” he noted.

“In Iran’s plan, ceasefire is viewed through a pragmatic perspective, … and that’s why it has been welcomed by the Azeri side,” he added.

Araqchi’s trip will also take him to Yerevan and Ankara.