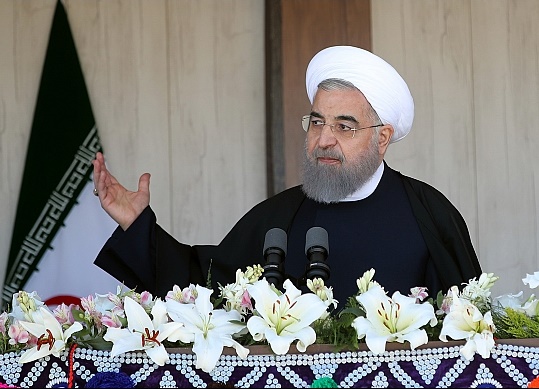 Iran’s development requires cooperation with other countries, neighbours in particular, Rouhani told reporters on Tuesday before leaving the southeastern city of Zahedan for Pakistan to attend the Economic Cooperation Organization (ECO) Summit.

The ECO was founded by Iran, Pakistan, and Turkey back in 1985. It also groups Afghanistan, Azerbaijan, Kazakhstan, Kyrgyzstan, Tajikistan, Turkmenistan, and Uzbekistan, Tasnim reported.

The organization had its first summit held in Tehran in 1992. The Iranian capital went on to host two more plenums. ECO’s last summit was held in the Azeri capital of Baku in 2012.

The body works toward ensuring that its members witness steady economic progress while also working to facilitate better cooperation among them.