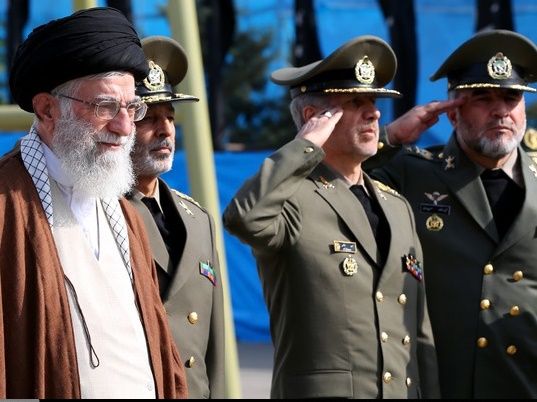 Leader of Iran’s Islamic Revolution Ayatollah Seyyed Ali Khamenei has once again ruled out any negotiation over the Islamic Republic’s defensive power.

“We have already declared, and once again announce that the country’s defensive capability is not open to negotiation and bargaining,” the Leader said in a Wednesday address to a cadet graduation ceremony in Tehran.

“[It is not acceptable] that they say why you have such defensive weapon, why you produce it, why you research about it; we do not hold any negotiation with our enemy over what secures our national might,” Ayatollah Khamenei added.

“Today they say why your power has engulfed the entire region,” the Leader noted, stressing that what constitutes Iran’s national might is considered by the enemies as an intrusive element, which should be fought.

“They voice opposition to the development of the Islamic Republic’s power in the region and beyond the region because it is the country’s strategic depth,” he went on to say.

“Our dear Iran once used to be humiliated under the boots of American, Zionist, and British advisors,” Ayatollah Khamenei noted, adding that the Islamic Republic made the country powerful.