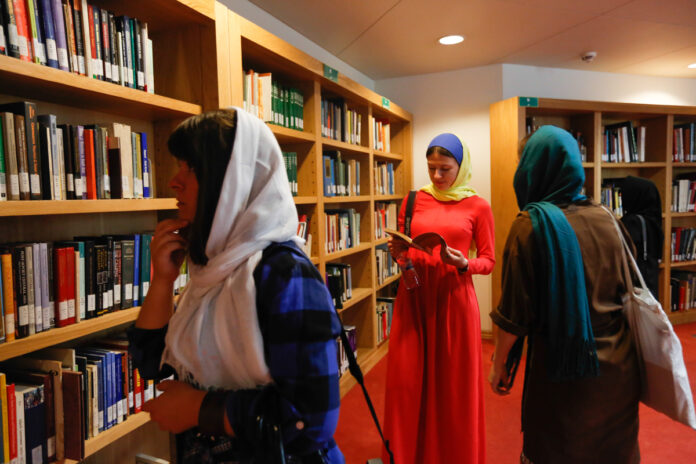 250 Persian language learners who have visited Iran with their own eyes believe that their preconceptions about Iran are not true.

Saadi Foundation recently hosted 250 Persian language learners from 41 countries who became surprised to find out the distance between the preconceptions formed in their minds by foreign media outlets and the truth that was revealed to them by visiting Iran, learning its language, and tasting its national dishes.

Basically, when you pay a visit to a foreign country, you become familiar with its language and lifestyle; however, when it comes to Iran, things get slightly confusing as we are speaking of two types of Iran; one that is depicted maliciously by the media outlets and the other is what foreign visitors of the country see for themselves.

Now, at a time when the Persian language and Iranian culture are falling victim to deceitful rhetoric, Saadi Foundation has come to the rescue by running courses for foreigners to learn Persian language. 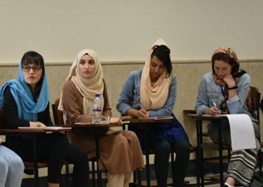 According to a report by Khabar Online, as translated by IFP, this foundation recently invited 250 of Persian language learners from 41 countries to come and stay for a month in Iran. Many of them study in the fields that are somehow related to the Persian language.

1- Afshin Mousavi, born from an Iranian father, is a Persian language learner who spends the nights at the dormitory of Allameh Tabataba’i University together with other language learners.

“I often read poems and among contemporary poets I really like Fereydoon Moshiri,” Mousavi said, adding that Ghormeh Sabzi is his favourite Iranian dish.

Asked about his motivation for learning Persian language, he said, “I want to be the best Iranologist of Bulgaria.”

2- When you first meet Zenoorin Heydar Alavi, who has recently received his Ph.D. in Persian literature from University of New Delhi, you become surprised by his mastery over Persian language. Back at home his family call him Saadi Mustafa.

“The main reason that I picked Persian language was because I am rooted in a sophisticated, educated family, so I thought it would be great if I take this path,” he noted.

Alavi said that he had a great time in Iran and added, “I’ve had so many good experiences that I am determined to gather them up in the form of an itinerary when I return to my country.”

He knows the Iranian contemporary poet Abdoljabbar Kakai and is also familiar with some renowned traditional poets like Hafez, Saadi, Attar of Nishapur, Sana’i and Abusa’id Abolkhayr.

Alavi cited a poem from Hafez about love that says, “The radiance of your goodness manifested in eternity, love appeared and set the entire world on fire.”

To prove that his liking for Iran is not limited to Iranian literature, Alavi referred to Chelow Kabab as his favourite food among Iranian national dishes.

3- Isabella is another Persian language learner who has come all the way from Armenia to experience the richness of Iranian culture. She has studied orientalism in Yerevan State University for four years.

“I have come to see Iran with my own eyes and improve my language skills in the meantime,” she said.

Isabella and a few other language learners have plans to visit Isfahan. She admired the works of Iran’s traditional poets such as Saadi, Hafez and Khayyam and added, “I know Forough Farrokhzad and Parvin E’tesami pretty well and I can cite by heart one of Forough’s poems named Wind-up Doll.”

She expressed enthusiasm to visit Iran as a tourist after she finished the course. She referred to Abgoosht as the best Iranian national dish.

5- Ilshad from Russia, who is visiting Iran for the first time, expressed interest in Persian literature and noted, “The beauty and sweetness of Persian language encouraged my interest in it.”

He appreciated the works of contemporary, eminent Iranian writers such as Houshang Moradi Kermani and Sadegh Hedayat.

“I have read Hedayat’s The Blind Owl,” he stressed.

Ilshad expressed the hope that he would visit Iran again because he has enjoyed his trip a lot.

“I like Iranian cuisine including Chelow Kabab and many other types of kebab,” he noted, adding that Iranian sweets are delicious too.

Learners from Pakistan, Germany, Turkey, Georgia, Armenia and Russia have made up a lion’s share of the 250 Persian language learners.